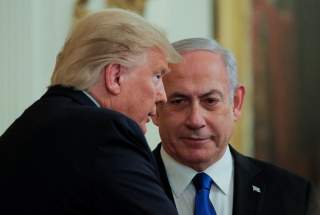 U.S. President Donald Trump's long-awaited Israeli-Palestinian peace plan, released Jan. 28, may appear to try and appease both sides, but it will function as more of a one-state solution in disguise. The plan heavily favors Israeli demands and lacked the incorporation of Palestinian input throughout much of its drafting. As a result, it is less of a peace plan and more of a codification of the status quo, which sees Israel as the more empowered actor in now decades-long negotiations. The timing of the plan's release could also serve as an electoral boost for Trump and Israeli Prime Minister Benjamin Netanyahu, both of whom are facing political challenges as they seek re-election this year, especially because Israel's government made it clear on Jan. 28 that it intends to quickly annex territory the plan proposes for annexation.

Trump's plan appears to rest on the familiar foundation of previous peace negotiations and in line with some issues that previous Palestinian negotiators have demanded and agreed to in talks through the 1990s and 2000s. This foundation includes a vision for two states, both with Jerusalem as their capital, although the Trump plan doesn't appear to include the Palestinian capital within Jerusalem's traditional city limits. The plan also appears to grant Palestinians more territory than they currently have and freezes Israeli settlement activity while negotiations are held. There are also numerous economic concessions to the Palestinians in the form of grants, loans and aid amounting to much as $50 billion if they comply with the plan's terms, which would include renouncing efforts to fight for more territory.

While positive in theory for both sides, in reality, the plan's promises are nonstarters for the Palestinians as well as for some Israelis, and they amount to the United States pushing both sides toward a one-state solution by prolonging the current status quo. The plan's embrace of a two-state solution, at least on paper, will disappoint Israelis who favor annexation of all Palestinian territory. For Palestinians, the plan proposes land swaps that would give them more territory overall than they currently control but the swaps would include exchanging arable land like the Jordan River Valley, which the plan gives Israel the right to annex, for desert territory. The plan also lacks a provision for the return of refugees to Israeli territory.

Further, it's not clear who will ultimately fund the plan, including the promised economic concessions to the Palestinians, although the Trump administration has requested help from the wealthy Arab Gulf states. All Palestinian political groups have rejected the plan from the get-go and will hope to rely on external diplomatic support from the Arab Gulf states, the European Union and Russia to help delay any Israeli moves toward implementing aspects of the plan, all while the Palestinian leadership hopes this year's U.S. presidential and Israeli elections yield friendlier negotiating partners. But while they're waiting out the elections, the Palestinian economic and security situations, already simmering unstably, could grow worse.

Immediate Risks and the Near-Term Impact

The plan risks immediate pushback, political as well as potentially violent, from Palestinian groups in the West Bank and Gaza, depending on how quickly Israel moves toward implementing parts of the proposal. The White House is pressuring Israel to implement parts of the plan within six weeks. In the worst-case scenario for Palestinian leaders who want to see an end to annexation, Trump's plan will just serve as an excuse for Israel to move forward with annexation of some parts of the West Bank once the Palestinians are blamed for being obstructionist if they don't go along with it. Indeed, Netanyahu said on Jan. 28 that he will move forward as soon as the coming week with annexing the Jordan River Valley and other West Bank settlements. Palestinian leadership will want to push back but their ability to do so is limited, especially because Palestinian political factions are trying to preserve what support they have among the Arab Gulf states and from Turkey, neither of which will support outright violence against Israel but will likely turn a blind eye to popular demonstrations in the West Bank and Gaza against the plan that could grow violent. 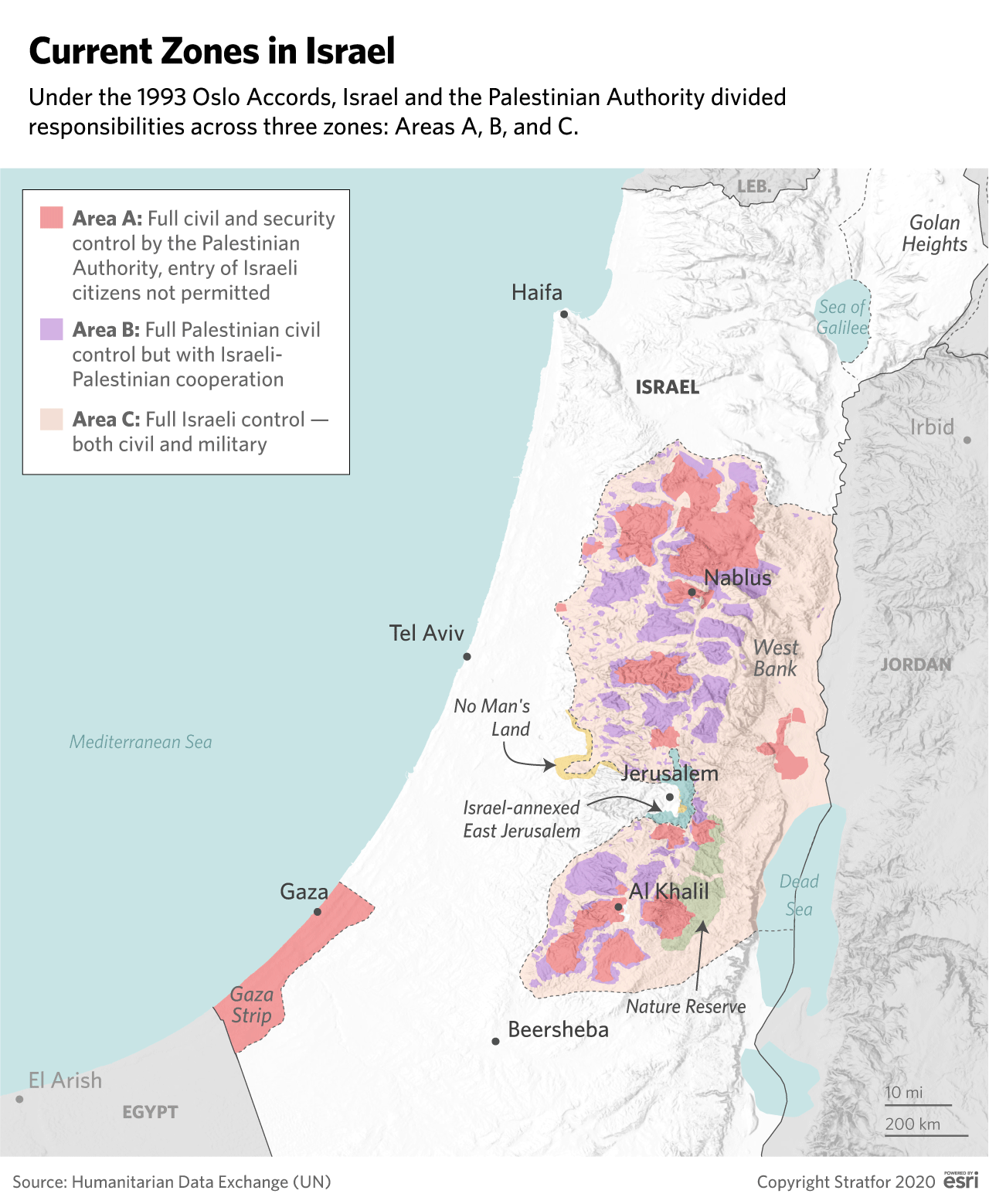 There are near-term impacts for the Israeli and Palestinian political spheres as well. The plan has the potential to give a small boost to Netanyahu or his rival Benny Gantz in Israeli elections on March 2 and will help Trump court the vocal pro-Israel part of his base before November's presidential election. The Israeli election, the third in a year's time thanks to the repeated failure to form a government, will be subject to the same public currents that shaped the last two elections; right-leaning policies that are tough on security vis-a-vis the Palestinians polled well then and will poll well now. For the Palestinians, the plan's introduction could create an opening for a more hard-line government in Ramallah if the Palestinians feel they lack other options. It is fitting that the architect of the two-state solution from the Palestinian side — Mahmoud Abbas, a longtime negotiator for the Palestinian Liberation Organization and current Palestinian Authority president — is aging and nearing the likely end of his term just as the two-state solution he envisioned faces a likely demise. Faced with the common threat of an emboldened Israel, rival Palestinian parties and militant groups Fatah and Hamas might even paper over some of their profound differences in the name of finding strength through cooperation.

The Trump plan's major implication is that it legitimizes the process of Israeli annexation of West Bank territory that's been a de facto reality for years. The plan underscores how far the goalposts have moved over the past few decades on the fundamental tenets of the Israeli-Palestinian peace issue, from a discussion between two sides willing to negotiate to a stalemate between two increasingly hard-line positions. Of the handful of traditional issues underpinning long-stagnant peace talks — including security, borders, the return of refugees and the status of Jerusalem — Trump's plan leans in favor of the current Israeli government's preferred policies on all of them. This codification means it will be difficult to walk back or change the basic pillars of the conversation on peace if future U.S. or Israeli governments wish to move in a different direction.

The newly unveiled plan could also mark a breaking point between Arab states and the Palestinians they rhetorically support. Arab Gulf states will struggle to say no outright to a plan put forth by Washington, an ally they need and want, and Israel, a quiet ally they increasingly have built ties with in recent years, even if they view its policies as entirely unfair to the Palestinians. Ambassadors from Bahrain, Oman and the United Arab Emirates attended the announcement of the Trump plan at the White House, and the Arab League will meet on Feb. 2 to discuss it. No Arab or Muslim state wants to overtly oppose Palestinian claims to their territory, but no Middle Eastern state wants to risk its own diplomatic or economic standing with the more powerful United States in favor of being a patron for the Palestinians. Even the United Arab Emirates and Saudi Arabia, which have the regional sway and gravitas to make a difference, likely won't move dramatically in favor of the Palestinians. Part of the reason is the issue no longer matters from the view of the region's population. Among the traditional patrons of the Palestinian cause — Jordan, Egypt, Syria and the Arab Gulf states, and to a lesser extent Lebanon and Turkey — the Palestinian issue is no longer as galvanizing as it once was.

Trump's Mideast Peace Plan Offers a 2-State Path, in Theory is republished with the permission of Stratfor Worldview, a geopolitical intelligence and advisory firm.