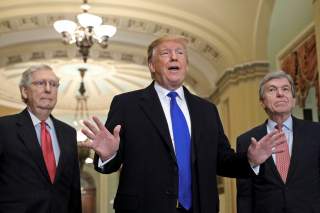 The Tax Cuts and Jobs Act (TCJA) was marketed as once-in-a-generation tax reform that would unlock growth, boost investment in the US, and ultimately reduce deficits because of increased tax revenue.

The tax bill did accomplish a number of desirable things. It brought down the corporate rate (though by more than necessary), which was too high and was hurting our competitiveness. It brought our international tax system more in line with other developed nations and hopefully reversed the troubling trend of corporate inversions. And the reforms to the state and local tax deduction and home mortgage interest deduction were some of the most sensible and courageous tax changes we have seen in quite some time.

However, the shortcomings well outweigh the benefits. The pass-through provisions are a confusing hodgepodge that add more inequities and complexities to the code. The many expiring provisions add new uncertainties rather than increasing overall certainty, which was one of the driving forces behind tax reform. The lost revenues from the bill will add trillions to the national debt, at a time we should be bringing the debt trajectory down.

Policy-wise, this is the story of fiscal damage and a missed opportunity. But what we have seen since the passage of the tax bill is that though the fiscal damage is significant, the political economy damage may be just as large.

The policy discussion surrounding passage of the tax cuts was not as serious as it should have been. The promises made at the time that the tax cuts would increase economic growth enough to pay for themselves were disappointing, disingenuous, and damaging. Proponents claimed that if we could merely get annual gross domestic product (GDP) 0.4 points higher on a sustainable basis — a seemingly small amount — the additional revenues would pay for the tax cuts. While mathematically true, this would in fact be a huge jump in growth, and in the face of the demographic headwinds in the US, it is not anywhere near plausible. Proponents were not deterred by the fact that organizations from the Joint Committee on Taxation to the Tax Policy Center to the Penn Wharton Budget Model all showed the tax bill cost at least $1 trillion over 10 years, even after economic growth. When Treasury Secretary Steven Mnuchin claimed the tax cut would reduce the deficit by a trillion dollars, the conversation went from massively misleading to completely removed from economic reality. (Ultimately, the Congressional Budget Office estimated the largest growth effects of 0.3 percent would appear in the first two years and, on average, the growth rate boost over the decade would be only 0.06 percent.)

In addition to silly claims about growth, throughout this process members of Congress were briefed by experts who stuck to the preferred talking points and obfuscated the real policy tensions, and the process was driven by a political desire to get the tax bill done on an incredibly short timetable, rather than to get it done right. No matter where one falls on the spectrum of liking the tax cuts, they would probably acknowledge the policy discussion around the topic did not rise to the level it should have for such a significant piece of legislation. It is difficult to know who of the lawmakers who voted for the bill fell for the massive exaggerations and who just used them as convenient cover. But the entire discourse, along with the legislation passing on a purely partisan vote, has led to further loss of trust, finger pointing, and hyper-partisanship in Congress.

Much like we were after the Bush tax cuts and Obamacare, we are likely to be stuck in a cycle of fighting about repealing these tax cuts for years to come, distracting from efforts on other policy initiatives.

For those who justified the deficit-increasing tax cuts as part of a “starve the beast” strategy, that calculation certainly backfired. First, lower taxes without commensurate spending cuts increase spending due to a higher interest bill from the additional borrowing.

Second, this now makes it much less likely that we will undertake necessary entitlement reforms. Last fall, after Majority Leader Mitch McConnell talked about the need for entitlement reform, there was a massive backlash, claiming this was all a devious plan for tax cuts to necessitate entitlement cuts. While McConnell was totally correct that reforms are needed to fix our major health and retirement programs — they were needed pre–tax cuts, and they are needed post–tax cuts — tax cut supporters lost their credibility by making the debt so much worse.

And in terms of modifying political behavior, tax cuts appear to have broken the dam rather than starved even a puny amount of the beast. Just two months after Republicans enacted a large deficit-financed tax cut, both parties came together to enact a deficit-financed spending increase, boosting defense and nondefense spending by 13 percent. They followed with another similar spending deal a few months ago, with a bill that cost $1.7 trillion over 10 years when accounting for the upward shift in the baseline, or almost as much as the TCJA’s $1.9 trillion.

So here we are, with a nearly $2 trillion tax cut, followed by nearly $2 trillion in spending increases, on top of the structural deficit Congress has been ignoring for years. And now the 2019 deficit of 4.7 percent of GDP is the highest in history for this point in the economic cycle.

And still, some continue to make the absurd case that the tax cuts are paying for themselves. To set the record straight — they are not. Those misleading claims ignore inflation and baselines and count all economic growth during the entire Trump administration — even growth from before the tax cut. Tax revenues have fallen to well below what they were projected to be, as all credible analysts predicted.

Many of the excellent blogs in this series explain how it is too early to tell how much growth has been generated from the tax cuts. And we will never know with full clarity. But one thing we do know is that they not only didn’t lead to improvements on the spending side of the ledger as some tax cut defenders might have hoped for, they also most certainly poisoned the political waters in a way that makes desperately needed reforms to both sides of the budget much more difficult to achieve.

Maya MacGuineas is the president of the Committee for a Responsible Federal Budget.