Trying to Take On U.S. F-22 and F-35 Stealth Fighters? Expect "A Feeling of Utter Helplessness" 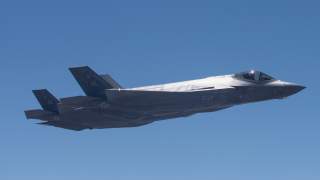 “Because of the security cloak, it's just impossible to explain.  If everyone really knew and we asked to ‘choose their weapon’—there would be no doubt.”​

While the Raptor would be the most formidable fighter in the world due to its raw performance even without stealth, it’s now clear to me that even the F-35 with its mediocre kinematic performance will be an extremely dangerous foe in the air due to its low radar cross-section and sensors. “If the pilots of both could carry a 9mm and open the canopy inflight, they would have 15 more kills per sortie,” the senior Air Force official told me. “It's like fighting Mr. Invisibl(e.”