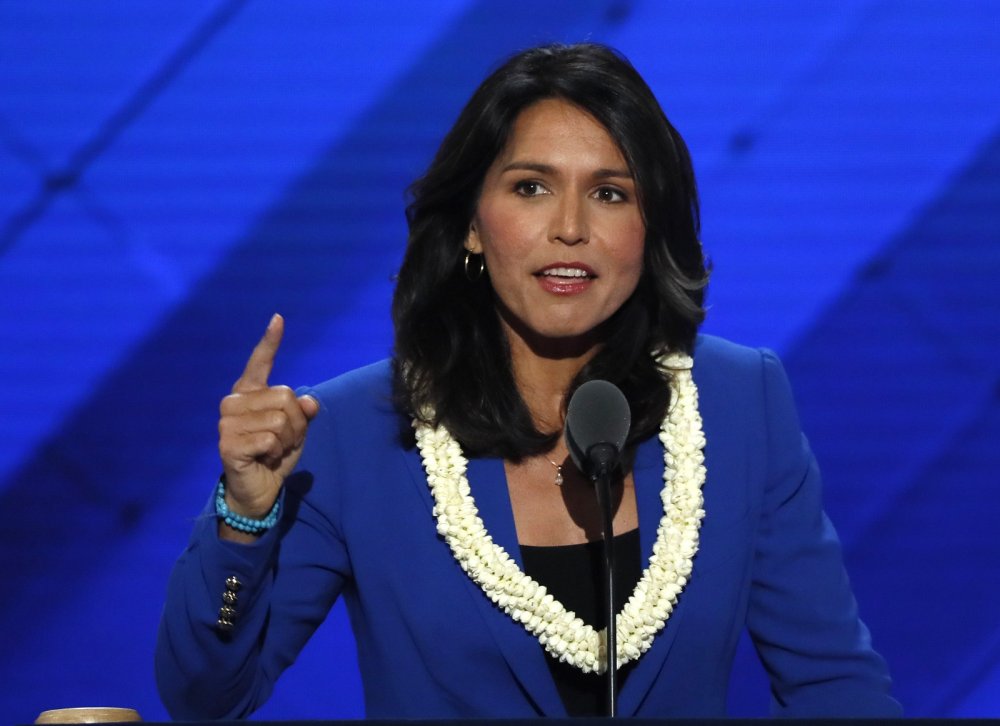 2020 Democratic presidential candidate Tulsi Gabbard is suing Google over allegations that the tech giant violated her right to “free speech.”

The Democratic Hawaii Rep. alleged that Google censored her presidential campaign, according to a complaint filed Thursday. Google suspended her campaign’s advertising for several hours last month, The Hill reported, and Gabbard‘s complaint stated that it is a violation of free speech.

“With this lawsuit, Tulsi seeks to stop Google from further intermeddling in the 2020 United States Presidential Election,” the complaint reads.

“In the hours following the 1st debate, while millions of Americans searched for info about Tulsi, Google suspended her search ad account w/o explanation,” Gabbard tweeted Thursday. “It is vital to our democracy that big tech companies can’t affect the outcome of elections.”

“#Google controls 88% of internet search in the US — giving it control over our access to information. Google’s arbitrary suspension of the account of a presidential candidate should be of concern to all Americans.”

3/3 – Google’s discrimination against our campaign reveals the danger of their dominance & how the dominance of big tech over public discourse threatens core American values. They threaten our democracy & #Tulsi will fight back on behalf of all Americans. https://t.co/n7Y7y2dQZ9

Google said that the brief suspension was automated and due to unusual large “spending changes,” according to a statement given to The Hill.

“We have automated systems that flag unusual activity on all advertiser accounts — including large spending changes — in order to prevent fraud and protect our customers,” a Google spokesperson told the Daily Caller News Foundation. “In this case, our system triggered a suspension and the account was reinstated shortly thereafter. We are proud to offer ad products that help campaigns connect directly with voters, and we do so without bias toward any party or political ideology.”

This is the first time that a presidential candidate has sued a large technology company over First Amendment violations.

Tulsi Gabbard’s campaign did not immediately respond to a request for comment.