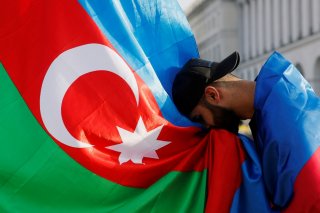 The spiral of deadly violence in the South Caucasus is intensifying. While conflict between Azerbaijan and Armenians has simmered for at least the past thirty years, recent violence escalated when Azerbaijani forces attacked Nagorno-Karabakh, an ethnic Armenian enclave in the southwest of Azerbaijan, on September 27. The current war is more deadly and intractable because of Turkey’s extensive involvement.

Turkey’s President Recep Tayyip Erdogan is both directly stoking violence and undermining diplomacy aimed at achieving a ceasefire. Turkey has fueled conflict since 1993 when it imposed a blockade of Armenia. Erdogan scuttled the 2009 protocols to open the border and establish diplomatic relations with Armenia, which were negotiated by Turkish diplomats.

Erdogan has encouraged Azerbaijan’s recent aggression. In the Turkish leader’s own words, “Turkey stands with and will continue to stand with friendly and brotherly Azerbaijan with all our means” in its “great operation…to liberate the occupied Karabakh.” Confronted with joint Turkish-Azerbaijani efforts, he says, “[Armenia] has encountered an unexpected end.”

These words are accompanied by substantive support. At the conclusion of joint military exercises between Turkey and Azerbaijan last month, Turkey provided Azerbaijan with sophisticated weapons that are being used in the current fighting. According to a report by Reuters, Turkish arms sales to Azerbaijan surged from under $1 million in July to $33 million in August and $77 million in September.

Today Turkish troops are also engaged on the battlefield. Credible sources indicate that around 150 Turkish Special Forces are on the front lines commanding Azeri battalions. Private contractors hired by Turkey have also been deployed.

Two Turkish F-16s have been photographed at Azerbaijan’s air force base in Ganja, and an Armenian Sukhoi-24 was shot down by a Turkish F-16 in Armenian air space.

Erdogan is driven by ambitions to restore Turkey’s influence in former Ottoman territories. Turkish troops are deployed in Syria, Iraq, Libya, and Somalia. Its naval warships are challenging Greece, Cyprus, and Israel in the Eastern Mediterranean.

Turkish involvement in foreign wars is a distraction from growing domestic unrest and provides an opportunity to stifle dissent arising from Erdogan’s mismanagement of Turkey’s economy. In 2002, the exchange rate was two Turkish lira to one US dollar. Today the lira is trading at 7.9 to the dollar. Unsurprisingly, Erdogan’s Justice and Development Party has lost traction; in 2019, it was repudiated in local elections in Istanbul, Ankara, Izmir, and elsewhere.

Desperate to shore up domestic support, Erdogan has made a game-changing move: deploying jihadists to the Caucasus. According to the Syrian Observatory for Human Rights, at least 1,600 mercenaries have been deployed from Syria and Libya to Nagorno-Karabakh. They are affiliated with ISIS, Al-Nusra, Ahrar al-Sham, and factions of the Syrian National Army - Sultan Murad, Suleyman Shah, and Hamza factions, which are notorious for committing atrocities and crimes against humanity including sexual violence.

After killing eighteen Armenian soldiers, jihadists wearing Azeri uniforms desecrated the bodies of their victims. They were recorded in Arabic calling them “Pigs and Jews.” Atrocities are not limited to combatants: there is credible evidence that on October 10, Turkish-backed special forces entered the Armenian town of Hadrut and executed at least four civilians in their homes. Meanwhile, Azerbaijan continues its campaign of indiscriminate bombardment against civilian targets, including the use of internationally-condemned cluster bombs. These brutalities, underscored by Erdogan’s promise to “fulfill the mission of our grandfathers in the Caucasus,” and his reference to Armenians as “leftovers of the sword,” demonstrate that we are on the verge of another Armenian Genocide.

Turkey’s behavior should not come as a shock to observers of the region. Ankara’s support for jihadists dates back to at least 2013, when the Turkish National Intelligence Agency established the jihadi highway from Urfa (in Turkey’s southeast) to Raqqa—then under the control of ISIS. More than 40,000 foreign fighters from about 100 countries transited through Turkey to Syria. Turkey provided weapons, money, and logistical support, as well as medical services to wounded fighters.

Turkey made little attempt to hide this support for jihadists. At Harvard University in October 2014, Vice President Joe Biden indicated: “President Erdogan told me…we let too many people through.’ Now, they’re trying to seal their border.”

Despite Erdogan’s assurances, Turkey’s support for jihadists continued unabated. Its jihadist proxies committed war crimes against the Kurds in Northeast Syria—and now they are deployed to Nagorno-Karabakh.

After the outbreak of fighting in Nagorno-Karabakh, NATO Secretary-General Jens Stoltenberg declared, “I expect Turkey to use its considerable influence to calm tensions.” To the contrary, Turkey is defiantly rejecting calls from the United States, France, and Russia for a cease-fire. Moreover, Turkey has been working behind the scenes to scuttle the recent ceasefire mediated by Moscow.

Turkey has gone rogue. It has long since given up on the EU, and now openly ignores NATO entreaties.

NATO is more than a security alliance. It is a coalition of countries with shared values. Turkey under Erdogan’s dictatorship is Islamist, anti-American, and an egregious abuser of human rights. If Turkey applied for NATO membership today, its application would be summarily dismissed.

What can be done to rein in Turkey and bring peace to the South Caucasus?

Canada this week announced it was halting some weapons sales to Turkey after allegations its equipment was used by Azerbaijani forces. The United States should do the same.

Additionally, sanctions are required under the Countering American Adversaries Through Sanctions Act (CATSA) for Turkey’s purchase of S-400 missiles from Russia.

U.S. efforts should also extend to Azerbaijan. In 1992, President George H.W. Bush signed into law Section 907 of the Freedom Support Act, which prohibits assistance to Azerbaijan “until the President determines, and so reports to the Congress, that the Government of Azerbaijan is taking demonstrable steps to cease all blockades and other offensive uses of force against Armenia and Nagorno-Karabakh.” This legal requirement must be enforced, and assistance to Baku—which swelled to $120 million in military support over the past two years—must immediately stop.

Beyond enforcing Section 907 and suspending this aid, the United States should impose economic and diplomatic sanctions on Azerbaijan to punish its aggression.

The United States should more strongly support mediation by the Minsk Group. Negotiations should include representatives of Nagorno-Karabakh. As a party to the conflict, Turkey should be excluded from any mediation role. Moreover, measures are needed to prevent Turkey from undermining other states’ mediation efforts.

However, it is unclear whether the Trump administration is prepared to take these urgently necessary steps. President Donald Trump has opaque business ties in both Turkey and Azerbaijan. He has received millions of dollars from licensing agreements in Turkey as well as fees from Azerbaijani oligarchs. He may owe money to Turkish and Azerbaijani concerns or need future financing to service the Trump Organization’s $400 million debt.

Given his financing requirements, Trump may be unwilling to put the U.S. national interest ahead of his personal financial interest. The United States needs a new direction to end the grinding war in Nagorno-Karabakh and prevent more civilians from dying.

David Phillips is Director of the Program on Peacebuilding and Human Rights at Columbia University’s Institute for the Study of Human Rights. He served as a Senior Adviser and Foreign Affairs Expert to the State Department during the Clinton, Bush and Obama administrations. Phillips is the author of Unsilencing the Past: Track Two Diplomacy and Turkish Armenian Reconciliation, as well as Diplomatic History: The Turkey-Armenia Diplomatic Protocols, and many other books and articles. This article draws on his presentation at Harvard Law School on October 12, 2020.