Is Turkey a Committed NATO Member? 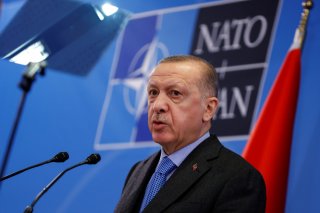 NATO has been nonplussed by Turkey’s objections, which amount to a veto, to Finland and Sweden’s applications for membership. What began as an outburst by Turkey’s President Recep Tayyip Erdogan about the Scandinavian countries acting as “guesthouses for terrorist organisations“ was quickly elevated by his spokesperson and chief foreign policy advisor, Ibrahim Kalin, to “a matter of national security.”

Both Finland and Sweden have been handed lists of political fugitives that Turkey would like to see extradited. In addition, there is the arms embargo that both countries imposed on Turkey after its invasion of northeastern Syria in October 2019.

NATO’s Secretary-General Jens Stoltenberg has been conciliatory and spoken of Turkey’s “legitimate security concerns” but Erdogan has been adamant and rejected NATO’s offer of trilateral talks to resolve the issue. Instead, Turkey has demanded concrete steps from Helsinki and Stockholm to address its concerns, which include an end to the arms embargo.

After German chancellor Angela Merkel flung Europe’s doors wide open to a refugee influx in 2015, Erdogan was quick to utilize the situation and invited Merkel to sit enthroned with him in the Yildiz Palace in Istanbul shortly before the parliamentary elections in November.

Here the chancellor offered Erdogan the whole package: three billion euros, visa-free travel, and a renewal of accession talks to stop the refugee flow and extricate her from her predicament. After an all-night session with Erdogan’s prime minister, Ahmet Davutoglu, the following March, Merkel upped the ante to six billion.

From then on, Merkel was beholden to Erdogan and became the architect of the EU’s “constructive dialogue” and “positive agenda” toward Turkey. In September 2019, Erdogan threatened to unleash a new flood of refugees on Europe if the EU failed to provide more aid. Consequently, a further 535 million euros were disbursed and a year ago, the EU pledged an additional 3 billion euros ($3.6 billion) in support.

A shrewd operator, Erdogan has weaponized the refugee crisis and now he intends to extort the maximum advantage from NATO in its standoff with Russia. The Biden administration has already called on Congress to approve an arms deal with Turkey and launched “a strategic mechanism“ to strengthen bilateral ties.

Facing presidential and parliamentary elections next June, it is essentially Erdogan’s future that hangs in the balance, not to speak of Turkey’s. Sagging behind in the polls, Erdogan faces defeat from two of his rivals, Kemal Kilicdaroglu, leader of the CHP (Republican People’s Party), Atatürk’s old party, and Ekrem Imamoglu, the mayor of Istanbul. It was Imamoglu who three years ago defeated the AKP’s candidate in a re-run of the mayoral election, engineered by Erdogan.

Now an attempt is being made to nobble Imamoglu’s candidacy with a charge of “insult,” carrying a four-year jail sentence.

Ten years ago, Erdogan declared it was the government’s intention to raise “a pious generation,” but already the following year his plan backfired with the Gezi Park protests, which spread to most of Turkey. Therefore, it must come as a disappointment that more than half of Turkey’s first-time voters have declared they will never vote for him.

The overriding issue for most Turkish voters is the economy, which in the view of former Turkish economy minister, Ali Babacan, is on the verge of bankruptcy. The Turkish lira is in free fall and raging inflation, which in May reached 73 percent, has left 90 percent of the population struggling to make ends meet.

As the Bipartisan Policy Center earlier pointed out, Erdogan relied on the narrative of a booming economy for electoral success but now he is facing the backlash.

Russian economist Sergei Gurlev writes of a similar pattern in Putin’s Russia, when Russia’s GDP growth slowed to almost zero and Vladimir Putin’s approval ratings dropped. According to Gurlev, Putin decided to address an economic problem with a non-economic solution, the annexation of Crimea, which boosted his popularity.

Erdogan has followed the same recipe. For example, when Turkey invaded and occupied Afrin, a Kurdish enclave in northwestern Syria, in 2018, it gained him support from almost 90 percent of the electorate. Now he is playing the same card again, using security concerns to justify a new incursion into northern Syria and block Finland and Sweden’s NATO membership. A “special operation” targeting Greece’s Aegean islands would also be grist to Erdogan’s mill.

There has been some debate as to what extent Turkey is a committed NATO member, in which case there is a simple litmus test. Instead of raging about Western perfidy, it would be helpful for Erdogan to engage in a little soul-searching. The principles that underpin NATO membership are democracy, individual liberty, and the rule of law. How far does the president consider that Turkey fulfills these criteria?