Turkey's Economy Is Not Out Of The Woods Yet 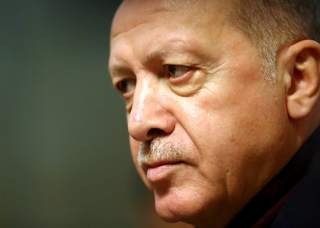 Anyone who believes President Erdogan’s assertion that the Turkish economy is out of the woods following its 2018 exchange rate crisis has not read the IMF’s latest Turkish economic report. In that report, the IMF could not have been clearer that Turkey’s high degree of external vulnerability makes it particularly exposed to a change in market sentiment towards the emerging market economies or to adverse domestic and international political developments.

The key economic vulnerability highlighted by the IMF is the Turkish corporate sector’s excessive foreign currency indebtedness. As a result of that indebtedness, Turkey still has a gross external financing need of almost 25 percent of the country’s GDP. In addition, that indebtedness has made Turkey’s overall external position worse today than it was on the eve of the 2008 global financial crisis. This makes the country all too dependent on the uninterrupted smooth flow of foreign capital into the country.

Mindful of Turkey’s external vulnerability, the IMF is cautioning that Turkey has no room for unorthodox economic policies if it wants to avoid losing investor confidence that might bring on another lira crisis. Specifically, the IMF is counseling that Turkey pursue a tight monetary policy to boost its central bank’s credibility, that it take measures to strengthen the country’s medium-term fiscal position, and that it undertake a stress test for its banking system to further enhance confidence in the banks.

Sadly, Mr. Erdogan does not seem to be heeding the IMF’s advice about the need for economic policy caution. Indeed, not only is he setting an overly ambitious 5 percent economic growth target for 2020, he is leaning heavily on the central bank to keep interest rates low and to keep credit flowing to attain that goal.  He is doing so even though strained US-Turkey relations are again weighing heavily on the currency and even though little is being done to strengthen the country’s public finances.

All of this suggests that in 2020 Turkey could very well be the next emerging market economy to have a real debt problem. This merits close monitoring considering that Turkey is a significantly larger and more indebted economy than is Argentina.