Is Turkey's Military a Drone Superpower? 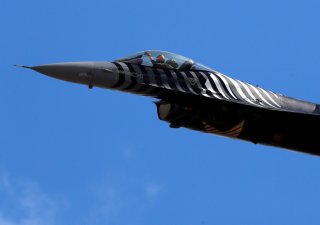 The success of Turkish armed drones and its push into Syria in February and March 2020 has shone a spotlight on Turkey’s indigenous drone and armament industry. Turkish drones reportedly destroyed multiple Russian-made but Syrian-operated air-defense vehicles, though Russian sources dispute this. However, their effectiveness at pummeling other targets is undisputed.

Just as the characteristic weapon of American MQ-1 Predator drones has been the AGM-114 Hellfire missile during the global war on terror, Turkey has also developed a drone-ideal weapon in the MAM-L missile. However, unlike the Hellfire which remains the similar in its drone and helicopter variants, the MAM-L was significantly redesigned from its parent missile to be a drone-specific weapon.

The MAM-L is derived from the Turkish L-UMTAS anti-tank missile. But as it is designed to be dropped from drones, the MAM-L omits the rocket engine of the L-UMTAS, allowing it to be around half the length and lighter than the L-UMTAS. However, seeker, control surface, and warhead technology are borrowed from the L-UMTAS. The MAM-L is also available with more types of warheads than the L-UMTAS, which only has a tandem HEAT warhead. The MAM-L is offered with high explosive fragmentation, thermobaric, and tandem HEAT warheads, probably with the anticipation that it might be used against a wider variety of targets. This is in line with other micro drone munitions, which make up for the small size of the warhead by offering specialized variants that are optimized for specific target types, as opposed to larger warheads which can be decent at both fragmentation and HEAT effect if the warhead is designed with a fragmentation rings.

However, the MAM-L does have some drawbacks. Broadly, the missile is comparable to the American AGM-176 Griffin, with both weighing less than 25 kilograms and being around 1 meter long. But the MAM-L’s fixed fins limit it to usage as a drone weapon. The Griffin features jack-knife fins that pop out, allowing it to be carried and launched from tubes. This allows for more Griffins to be carried in a specific unit, and allow for innovative mountings that allow for firing from the ramps of cargo aircraft.

It’s possible that these features will be added to the MAM-L with time, but Roketsan, the MAM-L’s manufacturer appears to be focusing more on the MAM-C, a thinner but longer munition that retains fixed fins. Regardless, the MAM-L proves that Turkey’s investment into building its arms industry has paid off. It’s proven to be able to produce analogs to other modern systems quickly and effectively, adapting existing technology and earlier designs.