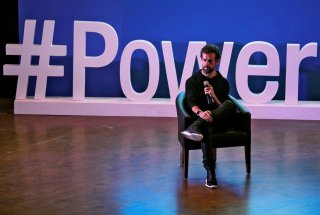 Twitter CEO Jack Dorsey said Tuesday that he is pledging more than 28% towards disarming the coronavirus pandemic.

The money will go to Start Small LLC, a limited liability company that will act as a clearinghouse for Dorsey’s donations.

The U.S. should focus on a so-called universal basic income and women’s health and education after the country dismantles the coronavirus, Dorsey wroteon Twitter. He also explained why he’s pulling equity from Square instead of Twitter to help pursue answers.

“After we disarm this pandemic, the focus will shift to girl’s health and education, and UBI. It will operate transparently,” Dorsey noted in the tweet before including a link to a Google spreadsheet showing a ledger of the spending he intends on doing for the cause. The Twitter CEO is worth roughly $3 billion.

Dorsey suggested in March that the U.S. government should use Square, a mobile payment company based in California, to disburse stimulus checks to Americans after the government effectively grounded the economy to a halt amid the virus outbreak. He also said he’s pulling money out of Square because he owns “a lot more Square.”

“And I’ll need to pace the sales over some time. The impact this money will have should benefit both companies over the long-term because it’s helping the people we want to serve,” Dorsey noted.

Microsoft founder Bill Gates, worth an estimated $100 billion, devoted $50 million in March to speeding up the development of a virus treatment, while his foundation — Bill and Melinda Gates Foundation — is expected to spend billions of dollars on a potential treatment.

Bloomberg gained notoriety for spending roughly $5 million on each delegate he won on Super Tuesday after plowing more than $500 million into an ill-fated White House bid targeting President Donald Trump. He suspended his campaign March 4 after a poor showing.