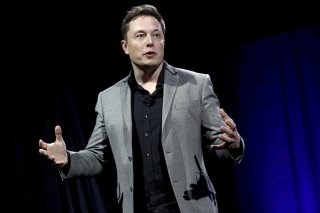 Earlier this week, a letter from Elon Musk on behalf of his lawyers threatened that the entrepreneur would abandon his deal to acquire Twitter due to a disagreement over information Musk wants related to the number of spam accounts on the social network.

The letter, filed with the Securities and Exchange Commission, is the first official document in which Musk has threatened to get out of the deal, although he has hinted at an interest in doing so in recent social media posts.

“We intend to close the transaction and enforce the merger agreement at the agreed price and terms,” a Twitter spokesman told the New York Times, adding that the social media company “will continue to cooperatively share information with Mr. Musk to consummate the transaction.”

Twitter’s legal council struck similar notes in a letter to the company’s employees this week, the Times said. And the newspaper reported that the company “has shared information with Mr. Musk for about a month without any breakdown in communication,” according to a person with knowledge of the situation.

Twitter’s stock has been moving downward in recent months, so some believe that Musk is trying to force a renegotiation of the agreed-upon purchase price.

Musk and Twitter had reached an agreement earlier this spring for Musk to buy the company for $44 billion and take it private after Musk had earlier purchased a smaller stake in the social media network. In making the deal, Musk waived his right to due diligence; Musk has also tweaked his financing for the sale in recent weeks.

In the letter this week, Musk claimed that Twitter breached its merger agreement by refusing to accede to the buyer’s data requests.

“This is a move Twitter investors have for weeks been steeling themselves for, the moment when Elon Musk’s haphazard ruminations in tweets have been distilled into an official letter to regulators,” Susannah Streeter, a senior investment and markets analyst at Hargreaves Lansdown, wrote in a note to investors, per the Times. “The takeover was always destined to be a bumpy ride.”

Meanwhile, the SEC is reportedly investigating filings Musk made at the outset of the process and the timing of certain disclosures.