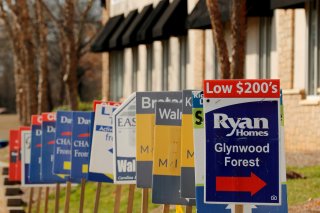 Roughly two million homeowners are still in mortgage forbearance plans following the economic crisis triggered by the coronavirus pandemic. And while the eviction moratorium is expected to expire at the end of July, the Consumer Financial Protection Bureau plans to enhance homeowners’ protections from foreclosure under a new set of fuels released Monday.

The rules instruct mortgage lenders to first reach out to homeowners to see if they are eligible for a lower interest rate or loan alteration before foreclosing their home.

“We want servicers and homeowners to be actively engaged in loss-mitigation throughout the summer and the fall so that we can get as many people as possible to a good outcome,” Diane Thompson, a senior adviser to the bureau’s acting director, said on a call with reporters.

But if the homeowner doesn’t respond or if the modification isn’t feasible, then the bureau can continue with the foreclosure starting August 31 when the guidance goes into effect.

CFPB officials noted that the rules are aimed at ensuring that mortgage providers are effectively sorting through the influx of borrowers expected to be departing from the pandemic-relief programs that have been put in place.

The new safeguards will remain in effect until Jan. 1, 2022, and are in addition to the existing foreclosure moratorium for borrowers with federally-backed loans offered through agencies including Fannie Mae, Freddie Mac, the Federal Housing Administration and the Department of Housing and Urban Development that ends July 31. The current moratorium bans mortgage lenders from initiating the foreclosure procedure unless the homeowner is behind on their payments for more than 120 days.

But the new guidelines finalized the agency allows officials to begin the foreclosure process if all the rules are followed.

“Let me be clear: our final rule does not impose a foreclosure moratorium,” Dave Uejio, the bureau’s acting director, said on a call Monday.

The CFPB will likely pivot its focus on vacant homes and homeowners who haven’t made payments in over 120 days once the federal eviction moratorium expires.

“A measured return to foreclosures will allow those families who can resume making payments to do so without being caught up in an unthinking rush to foreclosure,” Uejio said.

Nearly seven million homeowners enrolled in some sort of forbearance program, according to estimates, with the missed payments being added to their existing loans. Although borrowers can skip making the payments, they will have to resume them once the pause is lifted.