Two Tail Bomber Force: How the B-21 and B-52 Bombers Will Fight for America 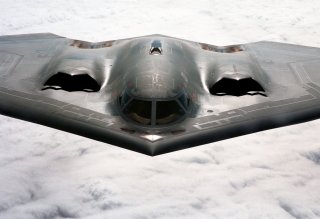 The Air Force is solidifying its future bomber force structure by advancing concepts of operation which link an upgraded B-52 Stratofortress with the newly emerging B-21 Raider, combing a modernized, decades-old platform with a new, paradigm-changing stealth bomber.

This innovative mix suggests a number of key significant developments for the Air Force, including the B-1B Lancer bomber’s retirement and sustainment of the old B-2 Spirit aircraft. While some enhancements are being made to the B-1, such as ongoing efforts to configure its bomb bay to carry and fire hypersonic weapons, the service does plan to phase out the aircraft once sufficient numbers of B-21s arrive and the B-52 advances its ability to fire hypersonic weapons.

“The modernization efforts that are going into the B-52 are incredibly important for strategic deterrence,” Gen. Anthony Cotton, commander of the Air Force’s Global Strike Command, said at the 2022 Air Force Association Warfare Symposium on March 3. “The B-21 is a penetrating, daily flyer that we have to have, and it will be the preponderance of the bomber force as we drive down to a two tail force; it and the B-52. That’s what the United States of America is going to have as a bomber force.”

This two-fold trajectory will continue the Air Force’s deliberate and carefully analyzed balancing act of engineering new platforms while sustaining, upgrading, and propelling older, combat-tested platforms like the B-52.

While the B-52 first emerged in the 1950s and 1960s, the B-52 of today is almost an entirely new aircraft. Indeed, B-52’s airframe remains viable despite years of service due to maintenance work, added support, and the overall strength and quality of the structure itself. In recent years, this reality has inspired the Air Force to add new CONECT digital communications for real-time intelligence; an internal weapons bay to increase the aircraft’s bomb-carrying and attack capability, and the ability to fire hypersonic weapons; and giving the aircraft a new engine using more fuel-efficient commercial technology.

While the B-2 stealth bomber will eventually be replaced by the B-21, the Air Force has continued to upgrade the B-2 bomber to help bridge the gap in the bomber force for years to come as more B-21s are steadily produced and deployed. This effort is quite significant as it is likely to ensure that the thirty-year-old B-2 Spirit can remain viable and effective against a new generation of air defenses. While there are only twenty B-2s in the force, the upgraded platform is expected to deliver breakthrough capabilities and operational performance.

For instance, the B-2 is being engineered with a new, 1,000-times-faster computer processor that is able to efficiently gather and analyze sensors and targeting data. This will increase the crew’s ability to receive real-time processed data and more quickly to respond to incoming intelligence information. The B-2 is also being engineered with new air-defense detecting sensors called Defensive Management Systems. This technology will help mitigate the extent to which new generations of air defenses can track stealth aircraft by identifying the location of where enemy air defenses are. This enables the aircraft to adjust course to avoid operating within range of the weapons and therefore improve its prospects for preserving stealth characteristics and the element of surprise attack.