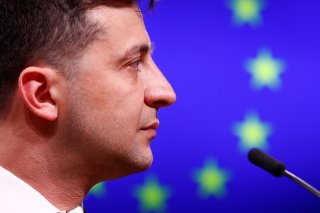 These decisions were monumental for Georgia, Moldova, and Ukraine. It is also significant for Europe.

The diversity of these candidate countries shows that the EU is expanding its definition of what it means to be European. For decades, Europe was often synonymous with the EU, something that overlooked most of the continent. Non-EU countries, particularly those in Southern and Eastern Europe, were viewed as states plagued by political issues, systemic corruption, and poverty left from their Communist pasts. Governmental and economic problems, along with their Slavic languages and their Muslim or Orthodox Christian backgrounds, made them seem “foreign” to Westerners. In other words, Southern and Eastern Europe did not seem to fit the model established by the Romance language and Catholic and Protestant Christian countries in Western and Central Europe.

This was especially the case with Albania and Croatia. Like North Macedonia and Montenegro, these two Balkan states have also pursued stronger ties with Western institutions. In 2009, predominantly Muslim Albania and predominantly Catholic Croatia were admitted into NATO. Then, in 2013, Croatia became the first Southern European state (after Slovenia in 2004) to join the EU.

Now, Moldova and Ukraine have entered the mix. While there is a lot of work to be done, these two countries have demonstrated that they are serious about their European futures. First, citizens in both countries have elected reformists to lead their governments. Progress has been slow, but the governments have been working to implement anti-corruption reforms, strengthen the rule of law, and improve their economic policies. Public opinion on joining Western institutions is also quite strong in Moldova and Ukraine.

While it is one thing to hope, it is another to do. These countries have been serious about their aspirations, and they have been rewarded for their efforts. Over the past decade, Moldovan and Ukrainian citizens were granted visa-free travel privileges to the EU after implementing various reforms to achieve EU standards of governance. Most recently, they have been granted EU candidate status. Being recognized as candidate states will help these countries move down their path toward achieving true democracy. It will lead to “sweeping reforms designed to bring a country in line with the EU’s standards, laws, regulations, and economy.” This will also present numerous socio-economic opportunities to the citizens in these countries as their standards of living improve.

Third, it will allow Moldovans and Ukrainians to intermingle with their European counterparts. According to the United Nations Educational, Scientific, and Cultural Organization, Moldova and Ukraine have some of the world’s highest literacy and education rates. These intelligent individuals can help contribute to the workforce and boost European economies. In turn, Moldovans and Ukrainians can help further reform their countries with the benefits provided by strengthening ties with the EU.

Overall, announcing Moldova and Ukraine as EU candidate countries was monumental for the European continent. Western Europe’s willingness to invite these countries as candidates into its organizations shows that the traditional barriers of Europe are being broken. Citizens of different ethnicities, linguistic traditions, and religious backgrounds are coming together as they long for democratic values and principles. These Western institutions may not be perfect but by joining together, European citizens have achieved peace and prosperity within their borders.

Europe is slowly being redefined, and the continent is becoming more united than ever.