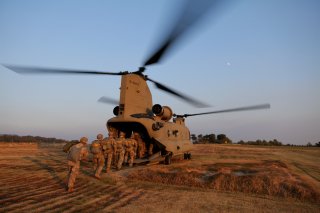 The Pentagon announced on Wednesday that 3,000 U.S. troops would be deployed to Germany, Poland, and Romania in the coming weeks, an apparent response to the ongoing crisis along the Russo-Ukrainian border.

Pentagon press secretary John Kirby said that 1,000 troops currently stationed in Germany would be redeployed to Romania, and 2,000 troops based in the United States would be moved to Poland and Germany.

In his remarks, Kirby explicitly tied the move to the “current security climate” in Eastern Europe, which has seen rising tensions since Russia positioned around 130,000 troops along its border with Ukraine in late 2021. Russian officials have claimed that the move is defensive.

Kirby suggested that the troops would better prepare NATO for a “robust defense” in the event of a conflict.

The move was welcomed in Brussels, where NATO Secretary General Jens Stoltenberg called it a “powerful signal of U.S. commitment” to European security. Stoltenberg, the former Norwegian prime minister, noted that the deployment “comes on top of other recent U.S. contributions to our shared security—including 8,500 troops at high readiness for the NATO Response Force, and the USS Harry S Truman carrier strike group under NATO command in the Mediterranean.”

The Secretary General argued that NATO’s deployments were “defensive and proportional” and would “send the clear message that NATO will do whatever is necessary to protect and defend all Allies.”

Although 3,000 U.S. troops alone would have no chance of stopping a Russian invasion of any of the countries they are deployed in, they are intended to function as a “tripwire force” that would invite a much larger military response from Washington if they were attacked.

Although it aspires to join NATO and has received assurances of future membership from the alliance, Ukraine is not a NATO member, meaning that the United States is not obligated by a treaty to defend it. However, American officials have refused Russian demands that the U.S. prevent Ukraine from joining the alliance in the future, claiming that the decision is not Russia’s to make.