The Ultimate Military Combination: A-10 Warthogs and U.S. Special Forces 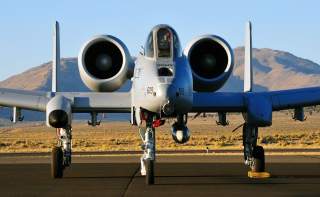 The two Hog drivers located one of the snipers position and to confirm that it was the right building, Balz shot a rocket at it. Then Wedge, followed by Stock, fired about two hundreds rounds at the target, destroying the building.

The now deactivated 103rd Fighter Squadron (FS) from 111th Fighter Wing (FW) has been among the first squadrons to take part in the war against terrorism after the 9/11 attacks in 2001.

In fact its A-10s voluntarily deployed from Willow Grove Joint Reserve Base to Kuwait to support Operation Southern Watch (OSW) over Iraq immediately after the attacks against U.S. soil, then they deployed to Bagram, Afghanistan, where they were involved in Operation Enduring Freedom (OEF).

(This article by Dario Leone originally appeared on The Aviation Geek Club in 2018.)

While Balz and “Wedge”, his wingman, were flying around the mountains waiting for a task, they received a call from some guys on the ground needing CAS. The ten men of the Special Forces were coming under fire by snipers from three or four directions. The two Hog drivers located one of the snipers position and to confirm that it was the right building, Balz shot a rocket at it. Then Wedge, followed by Stock, fired about two hundreds rounds at the target, destroying the building.

While they performed three more passes to confirm the destruction of the enemy position, the Special Forces team began to take fire from another sniper hiding in a wadi 500 yards away from their position, as Balz explained to Neil Dunridge for his book A-10 Thunderbolt II: 21st Century Warthog: “After dealing with him, more fire was coming from another wadi. Although I couldn’t get eyes on, Wedge managed to fire a rocket, and once it was a confirmed location, we both rolled in to use the GAU-8. At this point, they were taking more fire, but by now the helicopters were inbound to extract the team. I have to give all the credit to the helicopter crews, because when we told them the situation, their response was to basically shrug their shoulders and say they were coming in anyway.”

To help the helicopters, Balz dropped a bomb on a mountain just above the Taliban position. Thanks to this diversion, the enemies looked up and they didn’t see the extraction of the Special Forces guys. But just as the Thunderbolts and the helicopters were returning to base, the Special Forces men discovered that they had forgotten one member of the team on the ground. Immediately Stock went back to the extraction location and he saw a man wandering around that location.

He and Wedge performed a low pass to get a better look, but after few moments they received the communication that the Special Forces had found their lost member: in fact in all the confusion, they had miscounted how many personnel had returned to the helicopters and thought they were missing a man.

As they departed, the two A-10s flew a daisy chain above the helicopters, that as Stock explains is “a maneuver where one aircraft will fly low in a circle around the helicopters while the wingman will fly higher circle observing a wider area.”

After having returned from OEF, the 103rd FS Hogs returned in Iraq, this time to take part in Operation Iraqi Freedom (OIF). But despite the Wing’s best efforts, and its record of deployments in a short period of time, the last 103rd FS A-10s left Willow Groove on Jul. 23, 2010 and the unit was deactivated on Mar. 31, 2011.