Undoing ‘Obamacare’ Could Harm More Than the Health of Americans 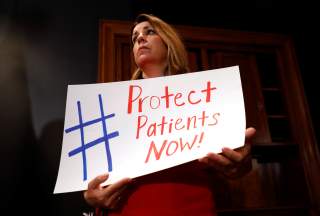 The Affordable Care Act remains on life support after a panel of federal judges ruled on Dec. 18, 2019 that the law’s individual mandate requiring people to buy health insurance is unconstitutional.

The decision hobbles the law in ways that are hard to predict politically, particularly in the upcoming election year. It also raises questions for the 20 million people who gained coverage in the marketplaces and all Americans who gained protections through the ACA.

The ACA’s individual mandate is a foundation of the law. Experts argued that the mandate was the only way to bring healthy people into an insurance pool. That is important to allow insurers to spread the costs among a broad mix of people, not just the sick. It served as a crucial bargaining chip for the Obama administration in bringing insurers on board to support health care reform a decade ago.

As a political scientist and policy scholar who has extensively studied the ACA, I am naturally concerned about the immediate and long-term implications of potentially undoing it. More generally, I am troubled that the ruling portends the undoing of policies supported by a broad coalition of Americans.

The far-reaching effects of the ACA

The U.S. health care system is inherently perplexing, as is “Obamacare.” A recent poll suggested that as many as one-third of Americans don’t know that Obamacare and the ACA are the same.

As a result, most major reform efforts that build upon it are necessarily complex. And because of the inherent partisanship of the U.S. electoral system, opposing parties have strong incentives to misrepresent and further add to the confusion. The ACA serves as a case in point.

The insurance marketplaces have allowed tens of millions of Americans to buy health insurance. Expansion of the Medicaid program extended coverage to millions of poor adults. The ACA allows children to stay on their parents’ insurance until they are 26.

The ACA filled in the infamous Medicare Part D donut hole that provided hardship to many retirees and improved the long-term fiscal health of the entire Medicare program. It also included protections and support for breastfeeding mothers and added calorie counts to menus to support healthier life choices.

But also, the ACA added crucial protections for virtually every American. These included the ability to obtain insurance despite suffering from pre-existing conditions, coverage for a minimum number of essential benefits and doing away with annual and lifetime coverage limitations.

What does the recent ruling mean?

A slew of Republican governors and attorneys general took advantage of this change to argue that this rendered the ACA’s individual mandate unconstitutional because it no longer could be justified as a tax. Many experts agree that this lawsuit, Texas v. United States, should not have advanced through the court system for a variety of reasons.

Nonetheless, a federal court judge agreed with the plaintiffs and declared the individual mandate unconstitutional in December 2018.

He even went a step further, invalidating the ACA in its entirety. He argued that the individual mandate served as the core feature of the ACA, making it inseverable from the rest, in legal terms. That is, if one provision of a statute is found to be unconstitutional, the entire statute must fall.

A large number of ideologically diverse experts disagreed with the verdict and the underlying reasoning. A coalition led by California quickly appealed the verdict to the 5th Circuit Appeals Court.

The 5th Circuit Appeals Court on Dec. 18, 2019 agreed with regard to the unconstitutionality of the individual mandate. The judges punted, however, on the crucial question of severability by tasking the original judge to reexamine what parts of the ACA should fall with it.

While the verdict left the ACA standing for now, it added potentially years of uncertainty. An ultimate showdown at the U.S. Supreme Court appears inevitable.

A new consensus in health care?

The slew of litigation surrounding the ACA tends to obscure an important development. While Democrats and Republicans have been slugging it out over health reform in Washington, D.C. and the courts, most Americans appear to have long moved on. The status quo in health care has shifted dramatically, and Americans, even if they despise Obamacare in the abstract, do not want to go back to 2009.

The numbers are startling. Virtually all crucial provisions of the ACA are supported by two-thirds of Americans. These include the controversial insurance marketplaces, Medicaid expansion, subsidies to assist lower income Americans to purchase insurance, free preventive care, pre-existing condition protections and requiring larger employers to provide insurance to their employees. Importantly, all of these provisions are also supported by close to 60% or more of Republicans.

However, this new consensus has not made it into the hallways of Congress or the White House. Unable to push through a repeal, Republicans have focused on undoing as much as possible of the ACA through a number of executive actions. Yet they have been unable or unwilling to produce a coherent and comprehensive blueprint for the future of the U.S. health care system.

More noteworthy is the series of legal decisions that have followed the ACA through the courts.

Unable to pass their agenda in Congress, extreme conservatives have made the transformation of the American judicial system a hallmark of their strategy to undo the modern American state and go back to the limited government of the pre-New Deal era. They have been remarkably successful in filling America’s courtroom benches with conservative ideologues.

I believe that Americans should be watching these developments. For many, they are out of line with the government and the policies they prefer. The ACA is just one case in point, but the well-being of millions of Americans are in the balance.