The United Kingdom Reasserts Itself As a Military Power 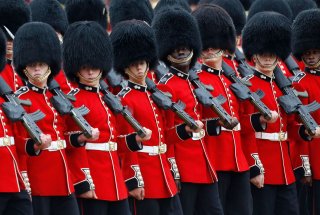 The government of the United Kingdom has just announced a significant increase in its military budget, increase that will likely move the UK to number three in the world in terms of defence spending. The UK would be just edging out India and remain behind only the United States and China. This may well portend a shift the global layout of geopolitical power.

“This move comes after a decade of general budget austerity in the UK, a time during which successive governments have scaled down Britain’s defence capabilities to the point where France was left standing out as a leader in terms of military capability among the European powers. Now, things may even out. France remains assertive, and its forces continue to be deployed widely and effectively, especially in Africa in the Sahel. But now the British government now appears keen to also reassert itself, especially in the wake of Brexit.

“But the main reason why this news is genuinely significant has less to do with the money allocated to defence in the next budget, and much more to do with the way in which the British government plans to invest that money. While some of it will be going towards plugging in the gaps in classical capabilities that have emerged in over the past decade—the clearest example of this is a renewed focus on the Royal Navy and the country’s ship-building capacity —most of the new money will be going towards emergent conflict stages: cyber, space and artificial intelligence.

It is true that both the UK and other Western countries have and will continue to have significant capacity in these areas simply by virtue of the legacy of research and development of these recent technology spaces. However, it is unfortunately the case that countries who position themselves against Western hegemony, such as Russia and China, have pioneered much of the offensive aspects of conflict in these spaces. Russia has amply demonstrated the geopolitical weight of offensive cyber power over the past decade, while China has pioneered the offensive technologies necessary to disrupt the space infrastructure of the West, and is currently the global leader in the offensive deployment of AI technologies.

The United States defence community has been following these developments closely, and has been developing responses to these challenges, on an ad hoc manner, even when the political support to do so was not there. But before now, no other Western country besides the UK has had a government-led reassessment of the global dynamics of conflict at the present and for the short and medium future. Moreover, London has had a focused re-orienting of their national defence strategy to meet the emergent challenges from Russia, from Iran, and most notably, China.

Whether this new defence posture by the United Kingdom will be sufficiently funded for its ambitions, and whether these efforts alone will mark a significant shift of power on the geopolitical chess board remains to be seen. But even if that will not be the case, this moment will still carry a great deal of significance.

After the inattention of the Trump years, the United States under incoming President Joe Biden does not have a choice but to reassert the position of the United States on the global stage. And when it will do so, it will have no choice but to move in the same direction as the British government has just done, by ramping up defence capacity in precisely the same areas. Once again, the UK finds itself in a fortuitous position of leading by example amongst Western nations, and this alone will mean that the UK will find itself in a favourable position in the future re-established Western security pact.

By leading the way like this, even if the efforts of the British government will not be sufficient to assure resilience against Russian and Chinese attacks on their own, Britain once again put itself at the nexus of the defence arrangements of the West. It therefore looks like the U.S.-UK nexus will once again be the beating heart of the wider Trans-Atlantic Alliance. Fortunately, it looks like the UK is determined to remain globally relevant, even in the wake of Brexit.

Dr. Azeem Ibrahim is a Director at the Center for Global Policy in Washington DC and Research Professor at the Strategic Studies Institute U.S. Army War College.