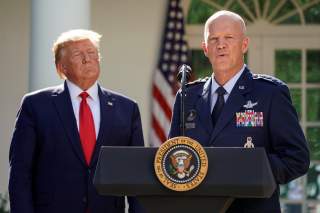 3 Sept. 2019 -- Acting Director of National Intelligence Joseph Maguire outlined the plan in August. Intelligence community assets would be under the operational and tactical control of the military during a conflict if U.S. satelliteswere to come under attack -- an unprecedented action.

He added that the joint command would operate from the National Space Defense Center in Colorado Springs, Colo., which "will become the center of gravity for defending our vital interests in space." The NRO builds and operates U.S. spy satellites.

The Space Command began operations last Thursday, and is charged with the missions of missile warning, satellite operations, space control and space support. The speed of attacks on satellites is the major reason for the change in command structure, says former NRO Director Marty Faga.