Unstoppable Stealth: 31 Pilots Told Us 9 Things They Love About the F-35 Fighter 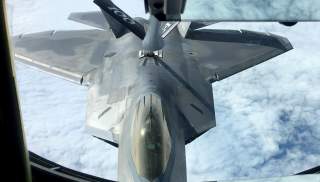 Key Point: It seems the verdict is in.

Air Force Gen. Herbert “Hawk” Carlisle, commander of Air Combat Command, back in 2016 declared the F-35A fighter jet ready for combat. While many pundits and politicians have questioned the worth of this jet, the only people who know the ground truth are the pilots themselves.

Also back in 2016, a total of 174 U.S. pilots currently had been trained to fly Lockheed Martin’s F-35A Lightning II. The Heritage Foundation interviewed 31 of these former F-15C, F-15E, F-16C, and A-10 pilots. Each expressed a high degree of confidence in the F-35A, their new fifth-generation platform.