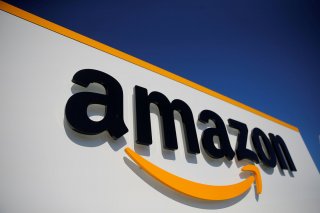 Is Amazon preparing a move into live TV?

According to the tech newsletter Protocol, the company has posted job listings of late indicating that it's looking to put add more live TV its streaming service. The report also cited an industry insider who says Amazon is  "actively pursuing" deals for programming that would go on such a service. The idea would combine the existing Prime Video service with some linear channels.

The job listings noticed by Protocol are not exactly subtle, either. One listing, posted to LinkedIn, says “we . . . are building next-gen linear catalog systems to provide best-in-class Linear TV experience to Prime Video customers,” while another says “this is a transformative opportunity, the chance to be at the vanguard of a program that will revolutionize Prime Video.”

As Amazon has taken steps into live sports already, with NFL games as well as soccer, sports would likely be a part of what's offered, along with news, concerts and other special programming. The company, per the article, would also look at licensing 24/7 feeds, of the sort available on services like Pluto TV and Xumo.

It's not clear if this would involve an entirely new service, or merely an extension of Amazon Prime Video into something more resembling a vMVPD, which stands for virtual multichannel video programming distributor. That field which currently includes YouTube TV, Hulu + Live TV, Fubo TV, and Sling TV, and offers much of what’s included in most cable bundles, at a lower price.

According to a note last month from analyst Craig Moffett of MoffettNathanson Research, YouTube TV and Hulu + Live TV were the only major pay-TV providers that did not lose subscribers in the first quarter of this year. Another competitor in that space, Sony’s PlayStation Vue, closed down earlier this year.

But even if what Amazon offers is different from those competitors, it would provide another potentially attractive option for cord-cutters.

Amazon had taken steps towards developing such a service a few years ago but dropped those plans in 2017.

Update: It seems Amazon is denying any moves into live TV, at least for now.