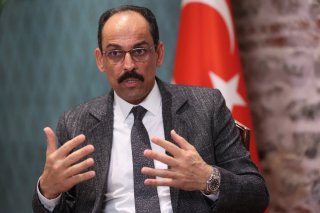 U.S. and NATO officials indicated on Sunday that they are confident Turkey will not prevent Sweden and Finland from entering NATO. However, the Turkish government claimed the same day that it had a set of conditions that must be met for Ankara to support Swedish and Finnish membership in the alliance.

Turkey’s conditions, announced by Foreign Minister Mevlut Cavusoglu, included the end of Sweden and Finland’s alleged support for Kurdish separatists, as well as the lifting of their bans on certain arms sales to Turkey. Swedish and Finnish diplomats indicated later on Sunday that they had made private suggestions to Turkey to amend its complaints, which Turkish officials had taken under consideration.

In his remarks, Cavusoglu alleged that Kurdish “terrorists” were present in the two countries—particularly Sweden, where many members of the banned Kurdistan Workers’ Party, or PKK, are known to reside. The PKK, which is designated as a terrorist group by the United States and the European Union, allegedly held a meeting in Stockholm over the weekend.

The Turkish foreign minister added that Ankara does not oppose the principle that all European nations can enter the alliance with the consent of existing NATO members. This stance runs contrary to recent statements by the Russian government, which argues that NATO expansion is a security threat that must cease. The Kremlin has claimed that if Sweden and Finland enter NATO, it might deploy nuclear missiles to its Kaliningrad exclave along the Baltic Sea. Additionally, state-run television stations within Russia have advocated for the use of tactical nuclear weapons against NATO targets in recent weeks.

NATO Secretary General Jens Stoltenberg claimed that NATO would “be able to address the concerns that Turkey has expressed in a way that doesn’t delay the membership.” U.S. secretary of state Antony Blinken agreed in general terms, although he declined to comment on the content of private U.S. meetings with Turkey on the topic.

“I’m very confident that we will reach consensus on that,” Blinken said.

Sweden and Finland each announced that they would pursue NATO membership over the past week. President Sauli Niinisto and Prime Minister Sanna Marin jointly announced Finland’s application to join the pact on May 12, while Sweden’s Social Democratic Party—currently the only governing party in Sweden’s parliament—indicated it would enter the same application process on May 15. In defense of their decisions to enter, both nation’s leaders cited a significant shift in public opinion in favor of joining the alliance following Russia’s invasion of Ukraine.