A U.S. Air Force Base Sanitized Drinking Water with a Pesticide Used in Swimming Pools 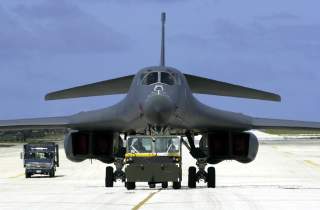 "Although Andersen Air Force Base received the notices of violation for the Northwest Field water tank, at no time was the water deemed unsafe to drink."

Personnel at Andersen Air Force Base in Guam had been consuming drinking water that had been sanitized with chlorination tablets typically used in swimming pools, an Air Force spokesman confirmed Stars and Stripes.

The Guam Environmental Protection Agency issued a fine in early January after discovering that the base water tank operator was using chlorination tablets containing trichloro-s-triazinetrione, "an EPA-registered pesticide sold for use as a sanitizer for pools and spas" according to the Association of Pool & Spa Professionals.