The U.S. Air Force Could Run Out of Bombers 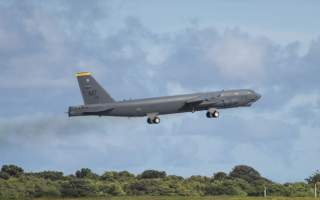