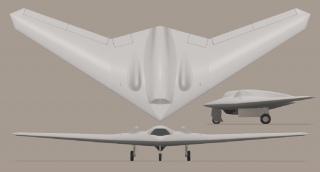 The U.S. Air Force is asking Congress to let it retire nearly 150 older warplanes in order to free up money for new technology, all starting with the service’s 2021 budget.

The idea immediately ran into a wall of resistance from lawmakers. Now the flying branch is trying to make the case that the new technology is worth the cuts.

But there’s a problem. Much of the new tech is classified, the Air Force has claimed. So it can’t talk about it in public.

The impasse raises several important questions. How secret is too secret? And what exactly is the Air Force developing that justifies reductions in systems that, until recently, the service wanted more of, not fewer?

The Air Force is asking Congress for $170 billion for 2021, compared to the $166 billion that the service got in 2020. Flattening spending is compelling the Air Force and sister services to reconsider the mix of new and existing systems they want to pay for.

The proposed cuts have startled some observers because, as recently as 2018, the Air Force was telling lawmakers it wanted to massively expand its force structure from 312 front-line squadrons to 386.

That expansion would cost tens of billions of dollars and require hundreds if not thousands of new aircraft on top of the roughly 5,500 planes the service currently has. The expansion plan in particular called for many more drones, tankers and bombers.

But it’s possible the Air Force wants to use the savings from the proposed 2021 retirements to acquire secret planes types, effectively preserving if not expanding existing force structure.

Air Force chief of staff Gen. David Goldfein more or less said that during March 2020 testimony before a U.S. House of Representatives committee.

“Not surprisingly, of the services, the air and space forces have the largest classified portfolio of investment,” Goldfein said. “This makes the story harder to tell.”

Goldfein told lawmakers he could brief them in a classified setting. “Since most of what we’re retiring is unclassified and visible, while many of our game-changing investments are classified and therefore invisible, we want to thank many of you for taking our classified briefing and offer it to any of you, or your staff, between now and end-game. When you see what we’re trading for, our budget submission will make perfect sense.”

Common sense dictates that the secret technology Goldfein alluded to includes at least one new drone type. After all, the Air Force operates, but declines to discuss, a small number of RQ-180 stealth spy drones -- and reportedly is working to expand the fleet.

The RQ-180’s existence could help to explain why the Air Force wants to retire most of its roughly 40 E/RQ-4 drones, which on average are less than a decade old.

The high-flying but non-stealthy RQ-4 has proved to be vulnerable to enemy air defenses. Iranian forces in the summer of 2019 shot down a Navy RQ-4 variant over the Strait of Hormuz.

But while it could seem reasonable for the Air Force to cut RQ-4s in favor of a similar number of new and better RQ-180s, cuts to bombers and tankers might make less sense. After all, the service almost definitely does not possess secret tanker and bomber types.

The new KC-46 tanker and even newer B-21 bomber both are public programs of record. The KC-46 has suffered serious developmental problems. Flaws in its refueling system mean the Air Force can’t safely use them as tankers in anything short of a national emergency.

The B-21 meanwhile is still in development and probably won’t fly for the first time until the end of 2021.

So Goldfein’s argument -- that plus-ups for secret tech make up for reductions in non-secret tech -- only goes so far. Near-term cuts to tankers and bombers really are cuts. And if Congress lets the Air Force start retiring some older planes in 2021, in many cases the service will just have to make do with fewer planes.

Even though Air Force leaders have said for years they need more, not fewer, of exactly these plane types.