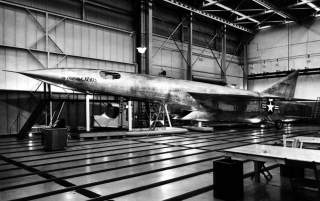 Key point: While excessively fast, it wasn't suited for the 1950s security environment.