The U.S. and China Must Rule Out an All-Out Cyberwar 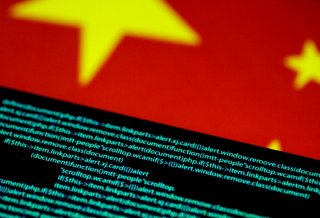 The United States can’t play Cold War politics forever—diplomacy is going to have to come back around. In its latest attempt to back China toward the edge of the global stage following a wave of disruptive cyber-attacks, the United States is missing a crucial opportunity to correct the course of international security. Indeed, America has historically mastered the domains of land, air and sea. Cyberspace won’t be so easy.

In a game in which the players are constantly changing, the line between ally and adversary becomes blurred. Both state and non-state actors are able to shoot their best shot without crossing a single border, putting critical U.S. infrastructure, supply chains and sensitive information in boundless danger.

The traditional rules of war theory are made irrelevant in cyberspace. That’s why the chaos of espionage and election interference seems almost inevitable. But a road to rules is possible. In 2015, the Obama administration reached an agreement with Beijing to stop mutual espionage in cyberspace for commercial advantage. The agreement silenced critics when Chinese intrusions in U.S. infrastructure dropped by an astonishing ninety percent. For those who still need convincing, this proves the power of words over the blame game. In fact, when Trump took office and began a trade war that would obliterate all goodwill, China once again resorted to hackers for the intel it could no longer obtain legitimately.

The Obama-era agreement may now be void, but the lessons remain.

But Biden’s frantic defense of America’s position as king of the world continues to add insult to injury. Despite China’s being less than subtle in its ambitions to become a bigger player on the world stage, it is only America that ties its national identity to the role of global hegemon. Both the Chinese Communist Party (CCP) and experts on China agree that Chinese ambition is rooted in the idea of making up for the past humiliations endured at the hands of foreigners. This timeless U.S. tactic of splitting the world into teams of good against evil is a lazy one at best.

This isn’t the first time that the U.S. has been reluctant to stop the name-calling, either. For years, Putin has been keen to sit down and lay out some form of global peace treaty for cyberspace and resume formal, high-level dialogue which stopped after Russia’s annexation of Crimea. Of course, Russia has a far from saint-like record when it comes to cyber-attacks—last year’s SolarWinds hack breached the networks of at least nine Federal government agencies and more than 100 companies.

But that doesn’t mean the United States should be quick to turn our back on engagement. After all, when it comes to cybercrimes, America's hands aren’t clean either.

If talks are to have a chance of working, the United States must first get off its high horse and recognize China and Russia as the equal players they’ve become.

What’s more, it must be understood that China’s cyber strategy does not exist predominantly in a military context, unlike that of the United States and Russia. China still views economic strength as the foundation of national power, as recognized in 2019 by former assistant director of the counterintelligence division of the FBI, Bill Priestap. This view shapes its cyber strategy and provides an angle for diplomatic accord today.

Nations do not typically start looking to settle an arms race until the possibility of mutually assured destruction is an imminent reality. The United States cannot wait this long. Since the 1990s, reliance on digital infrastructure and systems has only increased, meaning the scope and scale of the damage inflicted by criminal or state-based cyber-attacks is set to get worse—fast. The attack on Microsoft’s Exchange application earlier this year allowed hackers to access the email systems of a wide range of private and public sector organizations, affecting at least 30,000 globally. If the United States wants to gain control of cyberspace before it's too late, it must set up formal, high-level dialogue channels with more than just our traditional like-minded allies—starting with China and Russia.

Ariana Wolde is a contributor at Young Voices UK and senior researcher at Elevation Policy Ltd. She tweets @arianawolde.