Is the U.S. Army Developing an M1 Abrams Tank Replacement? 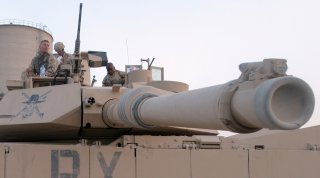 There is no denying that in human years the M1 Abrams main battle tank (MBT) is certainly “middle-aged,” but thanks to a steady stream of updates the M1 Abrams has remained among the best tanks in the world. Since its introduction forty years ago the M1 Abrams, which was named for the late Army Chief of Staff, General Creighton W. Abrams, has proven itself on the battlefield more than any other MBT.

However, there is still only so much that can be done with an old platform—and eventually, age just catches up with the best of anything. Replacing the M1 Abrams might not be easy, simply because the platform’s problems have been addressed already.

That is already being addressed by the U.S. Army Tank Automotive Research, Development and Engineering Center (TARDEC), which has begun a study under the Next Generation Combat Vehicle—Future Decisive Lethality (NGCV-FDL) program, which could determine how the next generation MBT could improve upon the current M1. Defence-Blog reported last week that the study is addressing the ways that the platform will ensure decisive superiority, be able to fight and win future wars.

The Army requires a fast combat vehicle that can exceed the performance of other MBTs and heavy combat vehicles, and the NGCV-FDL program has called for a vehicle that could be smaller and lighter than the existing Abrams or German-built Leopard. Yet the tank would still be equipped with modern active protection to address anti-tank guided missiles, RPGs, anti-tank rockets, and even tank HEAT rounds.

The American program could take a cue from the Russian military’s T-14 Armata and integrate more automation in the tank—meaning it could be able to maneuver in conjunction with other armored vehicles on the battlefield with semi-independent operations. This would be akin to driver assistance that is seen in some luxury vehicles today, but as part of a networked system could enable the tanks to respond faster than human drivers.

The next-generation MBT could also receive a very different main armament. Last month the U.S. Army announced that engineers at the Picatinny Arsenal reached a milestone in developing an advanced armament system that integrated a medium caliber weapon, ammunition, fire control and sensors to effectively engage targets at extended ranges.

The armament was developed in direct support of the Army Modernization Priorities within the development portfolio of the Next Generation Combat Vehicle Cross-Functional Team (NGCV CFT). It was designed to demonstrate the decisive lethal punch that could enable gunners to make the right firing decisions quicker and with greater accuracy at farther distances.

“The combination of enhancements not only give gunners greater versatility, but we anticipate that overall gunner operations could be as much as three times faster,” said Kevin Fitzpatrick, project officer for the new system at the Advanced Armaments Division of the Combat Capabilities Development Command Armaments Center, located at Picatinny Arsenal.

Even with the progress that is being made, the Army won’t make a decision on any replacement for the Abrams until at least 2023—so it is likely that the M1 Abrams will be in service to hit the big 5-0!