The U.S. Army Didn't Want This Gun, But Maybe You Will 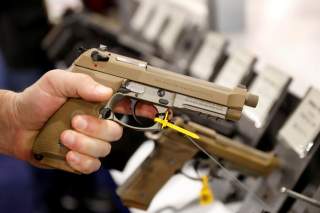 Key Point: The M9A3 can hold up to seventeen rounds.

Kyle Mizokami is a defense and national-security writer based in San Francisco who has appeared in the Diplomat, Foreign Policy, War is Boring and the Daily Beast. In 2009, he cofounded the defense and security blog Japan Security Watch. You can follow him on Twitter: @KyleMizokami. This piece was first featured in 2018 and is being republished due to reader's interest.