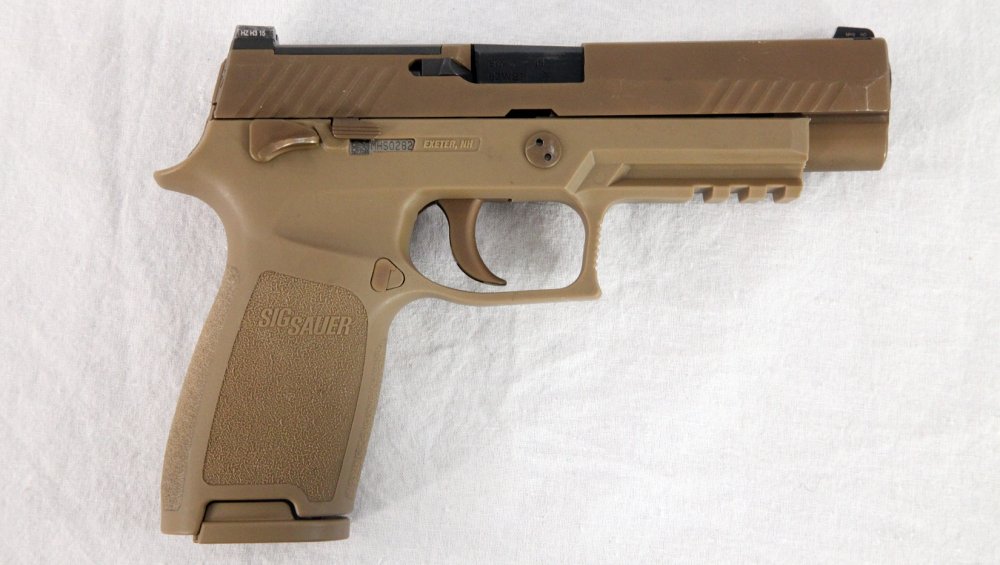 After years in the works, the Army has finally deemed its new Modular Handgun System is officially ready for action — and that includes a few hundred just for general officers.

Don't get too excited: the new GO handgun "is essentially an M18 with a distinguished serial number," Sig Sauer media relations manager Samantha Piatt told Guns.com. "Additionally, each GO handgun is supplied with a large and small grip module in addition to the medium grip module it is configured with upon delivery."

Under Title 10, Section 2574 of the U.S. Code, general officers can purchase their assigned pistol when they retire, a privilege embraced by Gens. Omar N. Bradley, George S. Patton and Dwight D. Eisenhower after leaving active duty.

Of course, that doesn't necessarily mean that generals downrange must embrace the new M18. Consider current Resolute Support and U.S. Forces-Afghanistan commander Army Gen. Scott Miller, who was spotted rocking a .45 caliber M1911A1, which the Army no longer issues, during a meeting with Afghan officials in May.

An Army spokesman told Task & Purpose at the time that Miller was first issued the sidearm back in 1992, well after the Army started phasing in the M9, and it became his official general officer assigned weapon in 2009.

In October 2018, CNN reported that Miller drew his weapon during an attack on an Afghan government compound in Kandahar, noting that "it's so rare for such a senior U.S. military officer to be in a position that would require him to draw a weapon that U.S. military officials said they could not immediately recall a similar case."

While generals may now have the option of a personalized M18 on their hip, they won't be the only ones touting the compact new sidearm downrange: the Navy, Air Force, and Marine Corps are all going all-in on the pistol. For extra flair, may we recommend an ivory finish, perhaps?