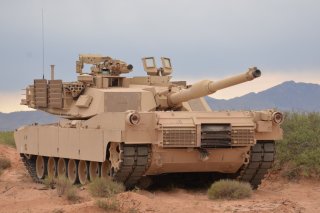 The newly unveiled German-built Rheinmetall Panther KF 51 tank operates with the same amount of onboard power as its predecessor, the Leopard 2, according to multiple news reports tracking its release. This raises interesting questions about the new tank’s ability to accommodate an increasing need for onboard power. Having the same amount of power as the Leopard 2 is incompatible with the new electronics and digital computing reported to be built into the Panther, as integrating a new generation of exportable power has been among the most critical innovations for the U.S. Army’s Abrams tank. Years ago, developers built an auxiliary power unit to enable more onboard power and support its new electronics, computing, and command and control technology. New applications of onboard power generators are going even further by finding ways to decrease a hardware footprint and streamline large amounts of power to subsystems needed for targeting, computing, and networking.

There is another area that lends itself to a measure of ambiguity, as it is by no means clear that the new Panther would out-perform new variants of the Abrams with its sensors. A Popular Mechanics write-up mentions that the Panther is engineered with 360-degree “surround sensors,” something which enables tank crews to see obstacles and potential adversaries from any angle.

Again, specifics regarding Abrams innovations regarding security and targeting are often not available for security reasons, however, 360-degree sensing technology has existed in the U.S. Army and U.S. Air Force for many years. As far back as 2008, some of the U.S. Army’s Manned Ground Vehicles for its Future Combat Systems programs were built with this, and platforms such as the F-35 stealth fighter have this as well. If there is 360-degree sensing, and vastly improved, paradigm-changing thermal targeting technology with the Abrams, why would there be a large margin of difference between the Panther and the Abrams?

One of the signature elements of the v3 pertains to its long-range, higher-resolution thermal targeting sights. This is a crucial area of innovation for the U.S. Army, as many are likely to remember stories from famous Gulf War tank battles. Abrams tanks were able to destroy Iraqi T-72s at standoff ranges, something which greatly contributed to U.S. battlefield victories. This is the kind of technological capacity that can continuously be upgraded to ensure common standards.

As part of this kind of equation, the newest variants of the U.S. Army’s Abrams are engineered with common internet protocol and standards to enable new technologies to integrate quickly. Part of the advantage of having faster processing speeds and artificial intelligence-enabled computing is that an Abrams can operate with a much smaller hardware footprint, yet accomplish a greater amount of onboard tasks more quickly.