The U.S. Army Is Working on a New Super 'Bullet' For Its Tanks 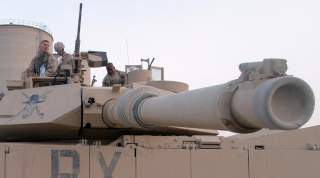 Key Point: Technologically advanced tanks and smart ammo on America's side rises above anything the Russian military can muster.

The Army is now engineering a new Advanced Multi-Purpose 120mm ammunition round for a far-superior M1A2 SEP v4 Abrams tank variant for the 2020s and beyond --designed to be more lethal, faster, lighter weight, better protected, equipped with new sensors and armed with upgraded, more effective weapons, service officials said.

The latter round was introduced in 1993 to engage and defeat enemy helicopters, specifically the Russian Hind helicopter, Army developers explained.  The MPAT round has a two-position fuse, ground and air, that must be manually set, an Army statement said.

The new ammunition data link will help tank crews determine which round is best suited for a particular given attack, developers said.

This first appeared in Scout Warrior here. This piece was originally featured in July 2017 and is being republished due to reader interest.