Is The U.S. Army's M-4 Carbine Good Enough? For Now It Has To Be 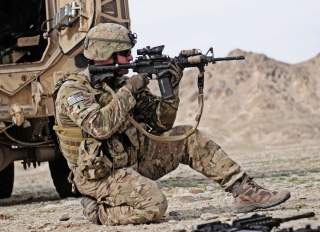 Key point: The M-4 is being improved to incorporate lessons learned on the battlefield.

Pitched battles are less likely as the Army winds down the war in Afghanistan—meaning the ground combat branch is less likely to fix the M-4’s problems. Then there are the budget cuts—although, to be fair, the Army could upgrade all its carbine for less than the cost of two Air Force F-35 stealth fighters.