A U.S. Base in Poland Would Drive Russia Nuts 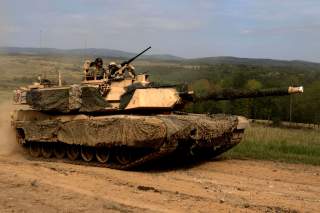 Poland has long courted the United States for a permanent military presence to serve as a barricade against Russian influence. Despite Poland's pleas, however, Washington has stuck with a more flexible defense approach in the country. But that may soon change now that U.S. President Donald Trump's at the helm. For more than a year, the United States and Poland have been in talks over such an agreement, which Polish officials have indicated could be finalized by as soon as Sept. 1. However, such a fixed U.S. presence near Russia will undoubtedly spur Moscow to ramp up its own military presence near Poland's borders — placing Warsaw squarely in the middle of Moscow and Washington's increasingly heated great power competition.

Military competition is becoming an increasingly important aspect of the escalating U.S.-Russia standoff. Arms control agreements between Washington and Moscow, such as the Intermediate-Range Nuclear Forces Treaty and New START, have recently come under strain amid mutual accusations of violations. Meanwhile, both Russian and Western forces have been boosting security efforts along the European borderlands in the form of weapons deployments and larger and more frequent military exercises.

A Country on Enemy Lines

Located on the front lines of the Russia-West buildups in Central and Eastern Europe, Poland has long sought an increased security commitment from the United States. Despite its accession to NATO in 1999, the country still lacks the kind of large, fixed NATO presence that Western European states such as Germany and Italy have.

Thus, Poland still feels vulnerable to Russian influence. And the 2014 conflict in Ukraine — during which Russia annexed Crimea and supported a separatist conflict in eastern Ukraine following the Euromaidan uprising in Kiev — only confirmed these fears. While Ukraine isn't a NATO member like Poland, the tumult nonetheless hit close to home by showcasing Russia's willingness to take military action against Western interests in its borderlands — providing a stark reminder of Warsaw's own exposure to Moscow.

But on the other hand, the Ukrainian conflict also provided Poland with an opportunity to leverage its position on the front lines of the Russia-West standoff. Warsaw — along with the Baltic states of Estonia, Latvia and Lithuania — have since garnered increased U.S. and NATO military presence in the form of a semi-permanent rotation of 4,500 troops. Serving as a bulwark against any further Russian action, these forces have since engaged in larger and more frequent land, air and sea exercises in recent years — boosting the level of defense commitment to these front line NATO states.

Nevertheless, such a deployment has not satisfied Poland's desire to have a permanent U.S. military presence on its soil. But the election of Trump in 2016 has since presented Warsaw with a new opportunity to achieve this goal. Over the past three years, the Polish government has positioned itself as a key backer for U.S. initiatives concerning NATO and the European Union. Trump has insisted that NATO countries spend at least 2 percent of their gross domestic product on defense, which only Poland and a few other NATO states have so far met.

In the past year, Poland has also aligned itself with other key priorities laid out by the White House, including supporting U.S. sanctions against Iran; increasing purchases of U.S. natural gas; supporting U.S. efforts to thwart the Russian-German Nord Stream 2 pipeline; considering barring Chinese tech giant Huawei from developing Poland's 5G infrastructure (per Washington's demands); and increasing U.S. defense purchases, including plans to buy fighter jets.

Such efforts have placed Poland in a strong position to woo Washington into granting a permanent U.S. military presence in the country. During a meeting with Trump in September, Polish President Andrzej Duda offered the United States $2 billion in financing for a division-sized U.S. base by the Vistula River on Poland's eastern border, even suggesting to name it "Fort Trump."

In the months since, negotiations over a permanent U.S. presence in Poland have quickly progressed, with U.S. officials indicating a different format for military cooperation between the two countries. Instead of constructing a single large military base, Washington has proposed to disperse U.S. troops across various existing bases in the country, such as Redzikowo, Poznan and Orzysz.

Under this plan, Washington also offered to construct a NATO weapons depot in Powidz (which was initially proposed by the administration of former President Barack Obama), along with the deployment of an additional 1,000-1,500 U.S. military personnel to the country. And while this is a far more modest proposal than the one originally presented by Poland (which, by contrast, suggested a division size of roughly 15,000 U.S. troops), it would nonetheless fulfill Warsaw's long-held desire for a fixed U.S. presence.

That said, regardless of specifics of Warsaw and Washington's potential new defense agreement, any increase in the United States' military position in Poland — no matter how small — is bound to prompt Russia to build up its own military position. One potential site for such a military buildup would be Belarus, which is already one of Russia's key defense partners as a member of the Moscow-led Collective Security Treaty Organization. Russia has long eyed its western neighbor as a spot for expanding its military foothold, particularly in the form of an airbase near Belarus' border with Poland. Thus, permanent stationing of U.S. forces in Poland — no matter how small — could provide Moscow with just the motivation it needs to act on such efforts.

However, despite Belarus' strong military ties with Russia, Minsk has so far resisted the idea of opening a Russian military base on its territory. This is partially due to Belarus' long-serving president, Alexander Lukashenko, who has sought to preserve the country's autonomy from its domineering eastern neighbor. Since the 2014 Euromaidan uprising in Ukraine, Belarus has tried to position itself as a mediating force between Russia and the West, as opposed to just being a pawn in Moscow's global strategy. As a result, Belarus has served as the main site for negotiations over the Ukrainian conflict (producing the Minsk Protocol truces). Lukashenko has also leveraged this conciliatory position to ease Western pressure on his own government, allowing Minsk to even squeeze out economic concessions (albeit limited) from Europe and the United States.

That said, a new U.S. foothold in Poland could very well change Belarus' considerations. Such a military presence would be close to Belarus' borders, posing a more direct threat to the country. Indeed, in late 2018, Lukashenko warned Polish Foreign Minister Jacek Czaputowicz that Belarus and Russia would "have to respond" to Warsaw's proposed U.S. base, adding that the two countries "would be forced to deploy something" to counter Warsaw and Washington. The president's warning suggests that a Russian air base in Belarus is indeed on the table and that Minsk is willing to prioritize its own security interests over its burgeoning outreach to the West.

Of course, an air base isn't the only way Russia could increase its military presence in Belarus. Moscow could, for example, build up other assets in the country, such as fighter jets and air defense systems. Russia could also choose to bolster its presence in other nearby areas — including Kaliningrad, Crimea and eastern Ukraine — depending on the nature of the U.S. deployment in Poland.

Duda's upcoming visit to Washington on June 12 could yield significant progress toward the realization of military deal, which Poland is hoping to finalize before Trump visits Warsaw for a World War II commemoration on Sept. 1. But the United States and Poland will do so at the risk of escalating the arms competition between Moscow and the West, as both Russia and Belarus have made it clear that a beefed-up U.S. military presence — whether it be concentrated in the form an entirely new base in Poland, or spread out across the country's existing bases — will leave the two Eastern allies little choice but to respond with even greater military buildups of their own.

In Poland, a Fixed U.S. Presence Will Warrant a Russian Response is republished with the permission of Stratfor Worldview, a geopolitical intelligence and advisory firm.