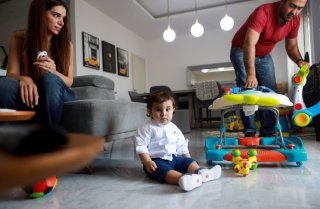 Amid the global coronavirus pandemic that is approaching two years long, many nations already have witnessed fewer children being born.

The United States is no exception. But experts are now warning that lower birth rates could have a lasting negative economic impact, affecting retirement and Social Security benefits.

According to CNBC, “the total fertility rate has been declining for years. In 1964, women of childbearing age had an average of 3.2 children. By 1974, that number fell to 1.8, according to the Center for Retirement Research at Boston College.”

It continues: “Flash forward to 2019 and the provisional total fertility rate was just 1.7, according to a March 2020 report from the Centers for Disease Control and Prevention. Then, COVID-19 led to even fewer births than expected in 2020. Recent research from Cornell University found that the U.S. birth rate declined by 7.1 percent during the pandemic. Pregnancies that were delayed from 2020 to 2022 may be deferred to 2024 to 2026, according to the Center for Retirement Research.”

Seth Sanders, an economics professor at Cornell University, noted in a statement that “the bottom line is that there was a lot of variation across countries in the decline. We don’t address why, but we think a lot of it has to do with the degree of economic disruption, coupled with the degree of social support in the absence of employment.”

The birth rate numbers are being watched closely due to their potential effects on Social Security benefits.

Anqi Chen, the assistant director of savings research at the Center for Retirement Research, noted that the Social Security program was built as a pay-as-you-go system, which means today’s workers are paying for current retirees’ benefits. Eventually, future workers will pay for their benefits when it’s their turn to retire.

“Consequently, the Social Security Administration watches birth rates closely. In its recent annual trustees' report, the government agency increased the total fertility rate assumption from 1.95 children to 2, a .09 percent increase from the 2020 report,” CNBC writes. “That projection, along with an estimated slower overall pace of mortality improvement, were positive factors in the latest estimates.”

However, fewer births into the next decade would also mean that there will be fewer available workers to contribute to the Social Security program, which could result in an “everyone penalty”—or lower check amounts for all who are eligible for the benefits.

“If there are fewer workers in the future, then that definitely could impact the amount of money going into the Social Security system, which would affect benefits, too,” Chen told the business news site.