The U.S. is Boosting Production of Nuclear Bomb Cores (For More Nuclear Weapons) 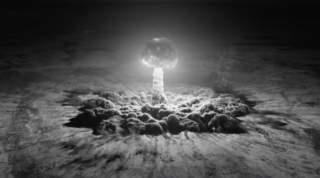 In another sign that the nuclear arms race is heating up, the U.S. is ramping up production of nuclear bomb cores.

The National Nuclear Security Administration (NNSA) has announced that it plans to increase the production of plutonium pits to 80 per year. The grapefruit-sized pits contain the fissile material that give nuclear weapons such tremendous power.

Production will center on the Mixed-Oxide Fuel Fabrication Facility at Savannah River site in North Carolina, which would be modified to manufacture at least 50 pits per year, and Los Alamos National Laboratory in New Mexico, which would generate at least 30, by 2030.

America’s nuclear weapons cores are aging, with some pits dating back to the 1970s, leading to concerns about the reliability of the U.S. nuclear stockpile.

“The U.S. lost its ability to produce pits in large numbers in 1989, when the Rocky Flats Plant near Denver, Colorado, was shut down after the Federal Bureau of Investigation and Environmental Protection Agency investigated environmental violations at the site,” noted Physics Today magazine in 2018. Up to 1,200 pits per year had been manufactured there.

“Since then, only 30 pits for weapons have been fabricated—all at LANL [Los Alamos National Laboratory], the sole U.S. facility with production capability. Weapons-quality pit production ceased in 2012, when LANL began modernizing its 40-year-old facilities, although several practice pits have since been fabricated. The oldest pits in the stockpile—which now numbers 3,882, according to DOE’s National Nuclear Security Administration (NNSA)—date to 1978.”

In its 2018 Nuclear Policy Review, the Trump administration called for 80 new plutonium pits per year. Congress has also allocated large sums, with $4.7 billion alone allocated in FY 2019 for maintenance and life extension of the nuclear stockpile. The NNSA says it is legally mandated to ensure a capacity of at least 80 pits per year.

Though the production of nuclear cores has been an issue for years, a looming U.S.-Russia arms race makes the situation even more sensitive. Russia is fielding a new generation of strategic nuclear weapons, including a hypersonic nuclear-armed glider and an air-launched ballistic missile. The Trump administration has withdrawn from the 1987 Intermediate-Range Nuclear Forces treaty with Russia, alleging Russian violations, leading to fears that a new competition will beget the return of nuclear-armed, medium-range ballistic and cruise missiles.

Anti-nuclear groups are furious. “Expanded pit production will cost at least $43 billion over the next 30 years,” argues the Natural Resources Defense Council and other groups. Yet the Defense Department and NNSA have never explained why expanded plutonium pit production is necessary. More than 15,000 plutonium pits are stored at NNSA’s Pantex Plant near Amarillo, Texas. Independent experts have concluded that plutonium pits have reliable lifetimes of at least 100 years (the average pit age is less than 40 years). Crucially, there is no pit production scheduled to maintain the safety and reliability of the existing nuclear weapons stockpile. Instead, proposed future pit production is for speculative new-design nuclear weapons, but those designs have been canceled.”