U.S. Commandos Want to Get Rid of Tracer Bullets 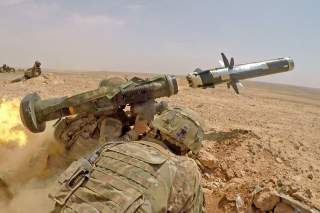 Tracer rounds have lit up battlefields since the First World War. Those fiery streaks from pyrotechnic rounds serve an important function: they indicate where the rounds from a machine gun or cannon are hitting, enabling machine-gunners or pilots to correct their aim.

“Current tracers allow gunners to observe the trajectory of the rounds and make aiming corrections without observing the impact of the rounds fired and without using the sights of the weapon,” according to U.S. Special Operations Command (SOCOM). “However, these rounds give away the gunners’ position, burn out before the maximum range of the machine gun and draws enemy fire.”

These spotting rounds should produce a flash or puff of smoke visible to friendly gunners at ranges of 800 to 1,200 meters (875 yards to 1,300 yards). “Replacing tracers with marking or spotting pyrotechnic rounds enables the gunner to directly control the impact on to the target, shows target coverage, and does not disclose the shooters location,” SOCOM explains. “This will increase the accuracy of machine gun fire, save ammunition, and increase gunner survivability.”

“While traditional incendiary projectiles have some of these attributes, they have unacceptably thick jackets and tend to function only against hard surfaces,” SOCOM notes. “The pyrotechnic mix is optimized for incendiary effects rather than maximizing visual effects with minimum incendiary effects. Projectile weight, shape, combination of materials, and loading will have to be adjusted to achieve a ballistic match.”

Phase I of the project will be a feasibility study, followed by a prototype. The research proposal suggests the technology would be applicable to general military use. “The new rounds are most applicable to effective long-range machine gun and/or achieving second round hits when sniping at extreme long range.”

The U.S. military has enemies with increasingly sophisticated infantry weapons. Russia and China are developing advanced sniper rifles. In Afghanistan, where American special forces frequently operate, Taliban fighters have night vision equipment stolen from government forces or bought on the black market. Giving U.S. troops the ability to mark targets without disclosing their own location with tracers would be a life-saving advantage.