U.S. Leadership on Foreign Policy: Establish a Caucus on NATO and Transatlantic Security 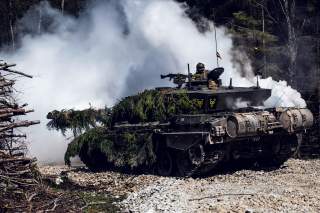 Now is the time to establish how else Congress can step forward to reinforce U.S. leadership in NATO. Congress should establish a bicameral congressional membership entity dedicated to supporting NATO on Capitol Hill. The Bicameral NATO Caucus would be a great coordination and advisory tool to refresh Congress’ institutional understanding of the history of NATO and transatlantic relations, as well as a means to assess current challenges in modernizing the alliance. The caucus would be informed by the NATO Parliamentary Assembly, which is a well functioning and distinctive forum established in 1955 to strengthen the values that underpin NATO and the transatlantic relationship. The Bicameral NATO Caucus would integrate with the Senate NATO Observer Group, which was revived by Sen. Jeanne Shaheen (D-NH) and Sen. Thom Tillis (R-NC) in 2018.

The caucus on NATO and transatlantic security would lead oversight by calling senior national security leaders to provide transparency about NATO’s role in maintaining global security and ensuring its relevance. There are two important reasons why Congress should establish a Bicameral NATO Caucus: to deliberate ways in which NATO can serve as a crucial counterweight to Russian aggression and to equip partners in countering Russian disinformation.

Congress should focus on quality investments over quantity. The threat of conventional warfare has changed and we have to recognize that information can be a weapon. Whether used for disinformation, deception or plain fabrication to create false narratives, we have to be aware of and be able to respond to this challenge. Establishing a Bicameral NATO Caucus is essential for American foreign policy. The truth of the alliance is its ability to do things collectively that cannot be done individually. The purpose of the Bicameral NATO Caucus, or a Congressional Membership Organization (CMO) is to ensure the Alliance remains modern, flexible, agile and able to face current and future threats. This goal should drive the caucus’ efforts on NATO transformation, reform and partnerships with non-NATO countries.

CMOs may engage in direct legislative advocacy for a particular issue or concern, provide opportunities to educate members and staff on policy matters, can facilitate interactions among members who might not otherwise have opportunities to work with one another, and generate broader public awareness on these topics. These groups may serve as a vehicle for strategic and high-level engagement with critical executive branch offices and the media, regardless of their specific committee assignments or individual congressional seniority. These entities also offer members a forum for resolving issues and policy differences; provide an opportunity for a comprehensive and coordinated approach to issues over which committee jurisdiction is unclear or fragmented; and enhance members’ relations and standing with particular constituencies.

CMOs operate under significant congressional rules. These groups are not allowed to hire CMO-exclusive staff, maintain a separate congressional CMO office, or solicit any kind of independent CMO budget. Despite these restrictions, these entities have proven to be effective catalysts on Capitol Hill. This would be a critical step in the promotion of NATO in and outside of the U.S. Congress. The caucus on NATO and transatlantic security is needed now more than ever as we are facing a rocky relationship with NATO. It is vital that Congress support a mechanism that strengthens our relationship and provides protection from excessive executive power.

NATO serves as a crucial counterweight to Russia, which in recent years has invaded Crimea, Ukraine, and worked to destabilize Western democracies. We encourage members of Congress to continue to be active in voicing their support for NATO, by formalizing the role of Congress on NATO and transatlantic security to better focus its ample resources on worthwhile long-term objectives and consensus building in matters of Russian aggression and disinformation.

Recent events indicate that high-quality intelligence and analyses are vital to the security of the alliance. Hybrid attacks from a much more assertive Russia and well-documented attempts to manipulate elections to terrorism and instability in the Middle East, demonstrates that information sharing and the role of the Intelligence Community is critical to assessing those challenges and providing the best information and recommendations to NATO.

With the seventieth anniversary of NATO behind us, we must not lose sight of the strategic importance of the alliance. Congress should establish a Bicameral NATO Caucus and hearings on S.J. Res. 4 should be held. The Bicameral NATO Caucus should evaluate whether a resolution should be introduced to increase funding to NATO with the aim of supporting efforts by the alliance to counter Russian disinformation. Though the alliance may not be perfect, Congress must continue to play a central role in defending the value of the alliance and enhancing Members’ relations and standing with particular constituencies on NATO and transatlantic relations.

Asha C. Castleberry is a Major in the U.S. Army Reserves. Castleberry is currently an Adjunct Professor at Fordham University and The George Washington University. Castleberry is the Robert J. Meyers Funds Fellow at the Carnegie Council for Ethics in International Affairs. Castleberry recently completed a 30-month deployment in the Middle East. She also served as an engagement officer for the Combined Joint Task Force-Operation Inherent Resolve in Iraq and Kuwait, and before that, as the Kuwait Desk Officer for International Military Affairs, U.S. Army Central. Castleberry is a member of the Truman National Security Project’s Defense Council, an Adjunct Fellow at the American Security Project, and an Aspen Institute Socrates Scholar.

Ashley D. Burrell is an MSL candidate in National Security and Cybersecurity Law at The George Washington University’s Law School. Burrell is a former Staff Assistant with the White House Liaison Office (2015-2016) at the U.S. Department of State (State) and was seconded to the Countering Violent Extremism Office (2016-2017). Ashley is a former Staff Assistant with the Bureau of Counterterrorism and Countering Violent Extremism (2017-2018) at State.