The U.S. Marines Aren't Into Their New Sniper Rifle 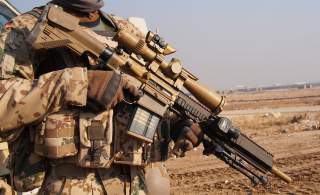 Don’t get too excited just yet, though. The Corps isn’t fully sold on the CSASS, Marine Corps Systems Command spokeswoman Barbara Hamby told Task & Purpose in an email.