The U.S. Marines Want A Fresh Start To Take On China And Russia 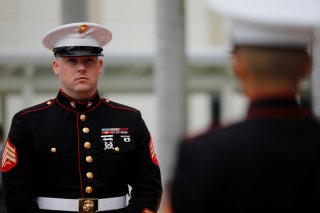 Key Point: The central premise of Berger’s Planning Guidance is that the return of great power competition requires a Marine Corps that is primarily organized, trained and equipped for the high-end fight against a peer competitor, particularly China.

His article first appeared at RealClearDefense in December 2019 and is being republished due to reader interest.