The U.S. Military’s Next Fear: Fighting Hypersonic Everything 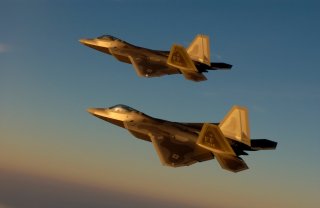