The U.S. Military Fears One Thing More Than Anything Else 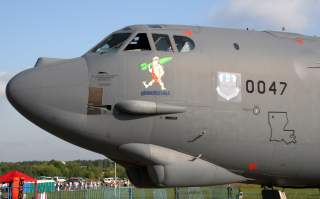 Remember the political brinkmanship over the federal deficit back in the fall of 2011? And the resulting Budget Control Act that, through massive cuts to the Pentagon in 2013 known as the defense sequester, was supposed to help alleviate  America’s historically bad debt problem?

Well, it turns out that defense sequester—one that, combined with an increasingly high operational tempo that came with the rise of ISIS, had caused a historic readiness crisis in the U.S. armed forces and likely catalyzed a rise in aviation mishaps—accomplished diddly squat.

Public debt will reach the highest level since 1946 in the next decade, growing at a rate that will equal the growth in the U.S. economy, according to a new report from the Congressional Budget Office.

That 1946 spike was “prompted by a spending push to fund World War II, and other spikes in the debt have been driven by economic downturns,” the Washington Post reports.

“But the current bump comes amid a relatively healthy economy, suggesting a structural gap between how much the country collects in taxes and how much it spends.”

All of this is to say that the defense sequester that was supposed to get U.S. federal debt under control didn’t do a thing except strip the military of essential manpower and resources.

An alarming April report from the Military Times revealed that U.S. military aviation mishaps rose 40 percent  between 2013 to 2017 fiscal years; those 5,500 accidents resulted in the deaths of some 133 service members and estimated billions of dollars in damage to critical airframes. Indeed, more troops were killed in aviation mishaps within the last year than died fighting in Afghanistan.

In 2016, for example, Fox News reported that just 30 percent of the Marine Corps’ 276 F/A-18 Hornet strike fighters and 28 percent of its heavy-lift CH-53E Super Stallion helicopters were deemed safe enough to fly.

It might be too extreme to lay the blame for those 133 U.S. service members killed in aviation mishaps at the feet of the lawmakers who held the federal government hostage to score political points back in 2011.

But after nearly a decade, it’s certainly worth asking.