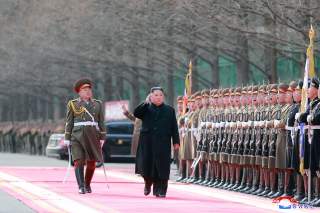 Key point (NOTE: This is from our archives and was published several years ago): North Korea has long been preparing for such an event.

Robert Kelly is an associate professor of international relations in the Department of Political Science at Pusan National University. More of his writing can be found at his website. He tweets at @Robert_E_Kelly. This article first appeared several years ago.