U.S. Military Leaders Are Worried about the Proposed 2022 Budget—Here’s Why 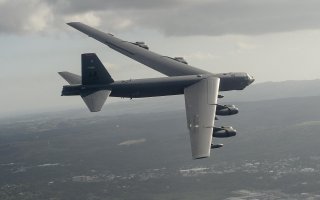 Senior Army leaders may be showing some concern about the yet-to-be-announced 2022 budget request, adding that they would rather not be forced to choose between “better weapons and more soldiers” due to competing budget demands and planned expenditures. The question, cited in an article from Defense One, quotes Acting Sec. John Whitley as telling Congress “I think there is a lot of risk in the budget.” The article also suggests that there may be a consensus that, among Army decision-makers and Congressional advocates, the upcoming budget is “not going to be what anyone wants.”

What might this mean? Certainly, the question raises a handful of significant points of discussion. There has now, for many years, been ongoing discussion about Army end-strength and the need to balance modernization costs with actual size. One thing seems clear, both are crucial and of great importance. Even with an Afghan drawdown, there would be absolutely no sensible basis upon which to reduce the size of Army end strength, especially when it comes to the ability to flex with the Army National Guard and Reserves.

There are several key reasons for this, most of which may seem self-evident to Congressional and Pentagon decisionmakers. While there will of course be less of a need to station large numbers of ground forces in the Middle East, the demand for a larger presence and force footprint in the Pacific and European theaters seems to be growing quickly. Certainly, the significance of very credible Russian threats along the Ukrainian border, not to mention commensurate deterrence efforts throughout Europe with NATO allies, seems to suggest that any kind of decreased Combatant Commander request for more troops is unlikely to happen.

Also, a lesser-known fact is that the Army has a sizable footprint in Asia as well, a mission scope that is likely to only grow further. The Army, for instance, already has a strong presence in Japan and South Korea and continues to step up collaboration with Australia, India, and other regional allies throughout Southeast Asia. Given this, there does appear to be an evidence-based argument for why not may certainly not be the time to decrease the Army’s overall size, a thought process further fortified by the known reality that China operates with as many as 3.3 million activity duty forces with what might arguably be an unparalleled ability to flex.

Strategically speaking, the growing emphasis upon multi-domain operations requires increased maritime connectivity with land forces, something of particular relevance in the Pacific’s many dispersed island chains such as the Senkaku Islands and of course the South China Sea. While in many cases small by comparison, the land formations dispersed throughout the South China Sea are increasingly seen as key opportunities for the U.S. military and its allies to leverage expeditionary ground power such as deployable artillery, rockets, and other weapons increasingly configured to operate within a maritime environment. This kind of thing actually forms a large part of the rationale for the Marine Corps’ evolving Light Amphibious Warship concept, a developing vessel envisioned as an island-hopping type of transport ship able to quickly bring Marines, supplies, and even heavy weaponry to island outposts throughout the Pacific. What this means, quite simply, is that a need for ground forces and ground weapons is likely to increase exponentially due to increased networking technologies and multi-domain, maritime-environment capable Army weapons systems engineered to operate in close coordination with Air Force and Navy assets in the Pacific. The Army’s Integrated Battle Command System (IBCS), for instance, is a dispersed, yet highly networked compilation of radar and sensor nodes able to conduct air-land-and-sea target recognition missions. IBCS is, for instance, designed with the concept of operations to function in a multi-domain, maritime type of environment as ground-based threat sensors can increasingly share real-time targeting data with sea and air platforms such as Navy ships and fighter jets.