The U.S. Military Wants to Zap Missiles With A Particle Beam 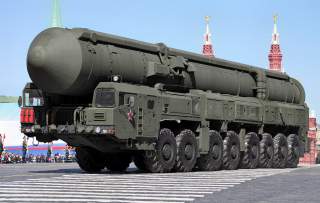 Now the U.S. Missile Defense Agency is looking for technologies that will enable space-based particle beam weapons to shot down missiles.

In other words, an NPB is a sort of sub-molecular machine gun that can damage a missile’s components and heat up its skin. The MDA wants to build upon on the 1989 Beam Experiment Aboard Rocket (BEAR) experiment, which lofted and tested a particle beam weapon in outer space.

MDA also wants a particle beam weapon “capable of operating in sub-orbital (pop-up) or orbital (space-based) mode.” This suggests that the system could be either a device permanently orbiting the earth, or a launch-on-demand system in which a rocket boosts the weapon to sub-orbital height, from which it will shoot down ICBMs before plunging back to Earth.

To make this happen, MDA is looking for six enabling technologies. These comprise:

In March, MDA released budget estimates that asked Congress to authorize $380 million to be spent in Fiscal Year 2020 on developing NPB. “The Neutral Particle Beam is a game changing space-based directed energy capability for strategic and regional missile defense,” MDA wrote. “MDA will design, develop and conduct a feasibility demonstration of a first stage accelerator subsystem.”

In turn, the NPB is part of a massive MDA effort to develop space-based energy weapons for the U.S. Ballistic Missile Defense System. The agency is requesting $304 million to bring several missile defense technology projects to maturation, including lasers and NPB.

“Working with national laboratories and industry, MDA will address laser scaling by investing in the laser component technology required to demonstrate efficient electric lasers,” according to the agency’s budget documents. “MDA will conduct component demonstration to prove out laser capability. The addition of the Neutral Particle Beam effort will design, develop, and conduct a feasibility demonstration for a Space-Based Directed Energy intercept layer. NPB efforts will leverage past and current work on particle beam and related enabling technologies as well as laser scaling, pointing, and stability to provide a component technology to improve the cost-benefit and size, weight and power for an operational system. This future system will offer new kill options for the BMDS and adds another layer of protection for the homeland.”

The lure of space-based energy weapons, like particle beams and lasers, to zap ICBMs is understandable. To destroy missiles in space, before the warheads enter the atmosphere. the U.S. has just 44 interceptor-missiles deployed in Alaska and California. That may – or based on test failures, may not – be sufficient to stop a couple of North Korean missiles aimed at the West Coast. It is most certainly not sufficient to handle a swarm of ICBMs with multiple warheads and decoys. Energy weapons, firing at or near the speed of light, and with a plentiful supply of electrical ammunition, seem ideal.

But they also have their obstacles to overcome, such as size, weight and especially power requirements. MDA will have to surmount these issues before space-based energy weapons become a reality.