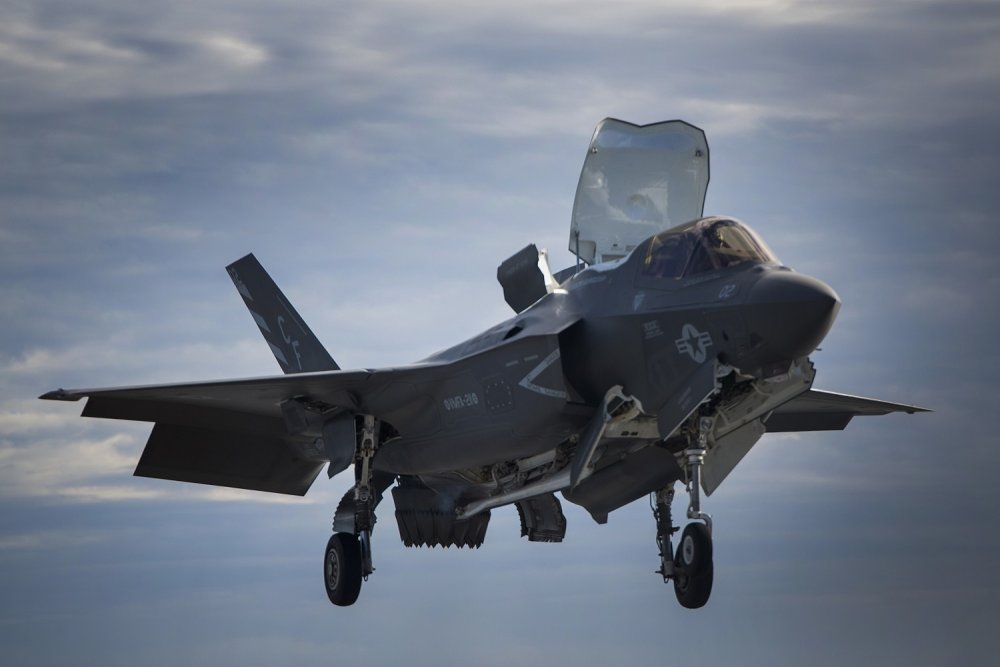 The U.S. Navy amphibious assault ship USS America in 2019 has set sail across the Pacific region with no fewer than 13 U.S. Marine Corps F-35B stealth fighters aboard.

The current cruise represents the latest effort by the Navy and Marines to develop procedures and tactics for operating the Navy’s 10 assault ships as light carriers, each packing more aerial firepower than most of the world’s air forces.

As an earlier proof of concept, USS Wasp in March 2019 deployed to the Pacific region with no fewer than 10 F-35Bs aboard. America in May 2019 forward-deployed to Japan, freeing up Wasp to return to the United States for maintenance.

A Navy assault ship usually embarks just six F-35s or older AV-8B Harrier jump jets plus dozens of helicopters. The vessels can increase their fixed-wing component by reducing the number of helicopters. At a minimum, an assault ships needs just a pair of H-60 helicopters for search and rescue.

The Royal Navy meanwhile is working up a two-carrier fleet. France, Russia and India each have one carrier. Italy and Spain both operate assault ships carrying Harrier jump jets. Japan and South Korea have announced plans to modify their own assault ships to be compatible with F-35Bs.

The carrier-disparity underscores the sheer size and power of the U.S. fleet.

The idea of a “Lightning carrier” has been years in the making. For years the normal air wing for the Navy's eight Wasp-class assault ships has included around 10 MV-22 tiltrotor transports, four AH-1Z attack helicopters, four UH-1Y light helicopters, five CH-53E heavylift helicopters and just six fighters, plus a couple of Navy H-60s for search and rescue.

As the Marines began replacing old AV-8Bs and other jets with "fifth-generation" F-35s, planners dusted off the "Harrier carrier" concept and rebranded it as the “Lightning carrier." Other naval experts simply refer to the Harrier and Lightning carriers as "light carriers."

"By 2025, the Marine Corps will operate 185 F-35Bs—enough to equip all seven L-Class ships," the Marines Corps explained in its 2017 aviation strategy. In fact, the Navy expects to operate at least 10 L-class ships, including the Wasps and newer America-class vessels.

An assault ships displaces around 40,000 tons of water, making it slightly less than twice as big by displacement as the Navy's nuclear-powered supercarriers.

And a light carrier could help the Navy shift to a more survivable fleet design. A Ford-class supercarrier costs around $13 billion. An America-class assault ships costs just $3 billion. A light carrier based on an amphibious ship "might be a low-risk, alternative pathway for the Navy to reduce carrier costs if such a variant were procured in greater numbers than the current carrier shipbuilding plan," California think-tank RAND explained in a 2017 report. "Our analysis suggests a two-to-one replacement."

A broader compromise could involve the Navy slightly reducing its supercarrier fleet while the fleet more frequently operates assault ships as light carriers with larger numbers of F-35s.