The U.S. Navy Dreamed of One Last Monster of a Battleship. Here's Why It Never Sailed. 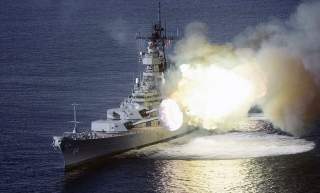 The Montanas would have been immensely powerful ships, probably more powerful than their Japanese (or German, or Soviet) counterparts.