A U.S. Navy Nightmare: What If China Built a 'Battleship'? 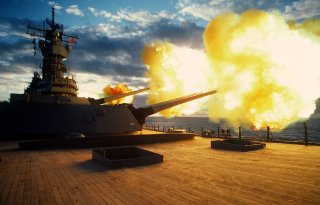 The U.S. Navy collided headlong with these demands while pondering the latest version of its venerable DDG-51 Arleigh Burke-class destroyer. The “Flight III” Burke features a dramatic upgrade to the Aegis phased-array radar that shields the fleet against air and missile attack. The new hardware generates such heat, however, that designers concluded they have exhausted the physical volume of the DDG-51 design.