The U.S. Navy Wants Robot Ships That Talk Like Humans 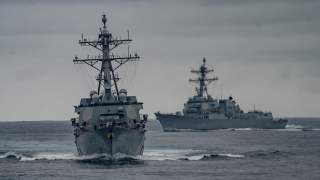