The U.S. Navy's Frankenstein Project: Combine an Aircraft Carrier and a Battleship 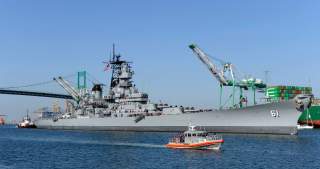 Key Point: Today the Iowa-class battleship is a floating relic, but the idea keeps getting revisited.

Kyle Mizokami is a writer based in San Francisco who has appeared in The Diplomat, Foreign Policy, War is Boring and The Daily Beast. In 2009 he cofounded the defense and security blog Japan Security Watch. This piece was first featured in September 2015 and is being republished in September 2015.