The U.S. Navy's Greatest Weakness (Not What You Think) 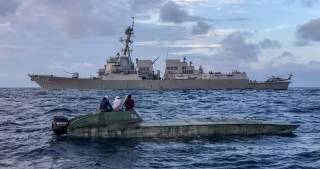